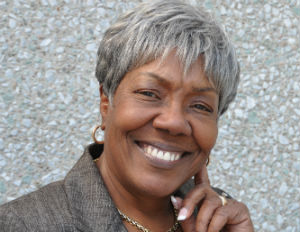 BlackEnterprise.com: You had an early mentor at Howard University who assured you that you were ‘Harvard material.’ What did he or she mean by that?

Lambert: My mentor at Howard was Professor H. Naylor Fitzhugh, whom many called the ‘dean of black business.’ He graduated from Harvard Business School in 1931, one of few blacks to attend. Hence, he was well aware of the rigors of the program and had a good understanding of what it took to get accepted and then graduate. As a student and his student assistant, he knew me quite well and felt that I had the ability, stamina and confidence to be successful at HBS.

A few years after graduating from Harvard, you became a barrier-breaking entrepreneur in a male-dominated industry. Explain.

When I started my business in 1976, there were few women entrepreneurs. I had worked three years with a company in the building services contracting industry and met numerous owners through the industry’s international association. All the company owners I met were men; no female owners and few women in higher management positions.

However, most of the workers were female. When I decided to start my business I was aware that I would now compete primarily with men and was not sure how I would be accepted as an owner instead of an employee of their colleagues.

I was well received; was invited to serve on the board of directors of the Building Services Contractors’ Association International and elected its first female president in 1995.

How did your upbringing in the segregated South prepare you for the rigors of competition, especially in business?

As a child growing up in the segregated south, my parents, teachers and others in authority instilled in us youngsters that competition for blacks would be keen and sometimes unfair. In order to be competitive, we had to prepare ourselves to be better than our white counterparts just to compete at the same level.

Expecting that things may not always be fair was clearly understood by me. However, that was not an excuse to avoid the competition. Instead, be needed to be well prepared; be knowledgeable about the area of interest and about the competition.

A giftedÂ speaker, you’ve captured the hearts and minds of your audiences by sharing theÂ power of persistence, resilience, courage and morality in surmounting hurdles that prevent people from reaching their full potential. How has speaking helped you to create a dynamic platform to share your expertise and increase your influence?

My speaking career began during the 25 years that I operated my business, but it did not take off until after I wrote my memoir, The Road to Someplace Better: From the Segregated South to Harvard Business School and Beyond.

The book served as a platform to share my story. It [talks] about my journey to find my place in the world, a journey that had many twists and turns and its share of roadblocks.

The reader is given insight into what life was like in the segregated south and how that experience prepared me for those twists, turns and roadblocks.

It describes the paths I took and how I dealt with the adversities I faced at various stages of my journey. By sharing my experiences through my speeches I am able to inspire others to reach their full potential by doing things they never felt capable of doing.

Karima Mariama-Arthur, Esq. is the founder and CEO ofÂ WordSmithRapport, an international consulting firm specializing in professional development. Follow her on Twitter:@wsrapportÂ or visit her website,Â WordSmithRapport.com

Why Lazy Employees Are the Biggest Asset to Your Business