Female Entrepreneurs and Their Rising Roles in Business 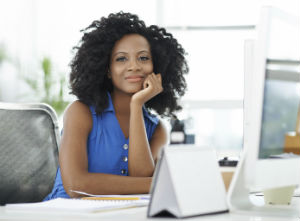 There are still big equality hurdles when it comes to gender in the American workforce, but those disparities are slowly inching closer together. Just take a look at Silicon Valley – the number of women founding tech companies is still extremely low. In private companies, just 6.5%Â have a CEO who’s a woman, and only 1.3% boast a female founder. With these statistics, how can today possibly be the era of the female entrepreneur? How, in a time when there are more women earning degrees and advanced degrees, can we be rallied as the up-and-comers in the startup world?

Here’s the silver lining: women in tech may still be outnumbered, but they’re getting recognized like never before. According to this TechCrunch article, when women lead a tech company, they snag a higher ROI by 35%Â compared to their male counterparts. Furthermore, businesses with female founders have reached a record level ofÂ 13% for all venture capital deals as of 2013. Compare that to the 4% from 2004, and you can see that progress is being made.

While there are still, and always will be, horror stories about being a woman in a powerful position, some female CEOs and entrepreneurs have noted progress for the better. Consider the Sheryl SandbergsÂ Â and Marissa Mayers of the world. They’re leading Fortune 500 companies, making incredible headlines, and serving as an inspiration for a new era of female business leaders.

In the grand scheme of things, women haven’t been ‘accepted’ in most parts of the workforce for long (a mere 60 years at best). Now women are taking charge in the boardroom, and that’s a pretty big feat. In the past decade, the amount of women-owned businesses worth at least $10 million hasÂ increased 56.5%, which is 47% faster than all businesses in that price range.

According to a FortuneÂ magazine article, the failure rate of businesses owned by women is also lower. If a business has two, one, or no female executives, the failure rate of a startup is 50.3%. However, add at least five women and the failure rate drops to 39%. Women are particularly succeeding in healthcare, making up 73% of health service manager roles. Of course, the more success encountered by women-owned startups, the more venture capitalists will take note.

Angela Ruth: I and a co-Founder, customer care ninja, and director of marketing at Due. I write for the blog on Due.com, along with a few other top tier publications. I’m always up for a challenge and look forward to new entrepreneurial adventures every day.Â My goal is to help our customers feel like they are rockstars, invoicing rockstars!Â

5 Things You Need to Successfully Reach Your Business Goals