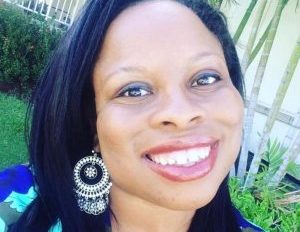 As people of color know all too well, discrimination comes in all forms and at all times; no matter where you are, your circumstances, or your profession.Â A perfect example is the humiliation and discrimination that a black, female doctor named Tamika Cross experienced while trying to help a man who almost died, on a Delta flight from Detroit to Minneapolis.

In a Facebook post, which has since gone viral, Dr. Cross reveals that the airline’s staff refused to allow her to aid an unresponsive passenger, even though she told them that she was a medical physician. According to the Houston-based obstetrician and gynecologist, she was blocked from helping the passenger by a flight attendant, who did not believe that she was a credentialed doctor, simply because she is a black woman.

On October 9, Dr. Cross wrote on Facebook, “I tried to inform her that I was a physician, but I was continually cut off by condescending remarks.”Â Dr. Cross’ post incited other doctors of color to discuss dealing with discrimination on social media while using the hashtag #WhatADoctorLooksLike.

Additionally, Dr. Ashley Denmark,Â another black, female M.D., spoke out about a similar incident she faced during a recent Delta flight. “Last week, I flew Delta Airlines flight 2215, and I was not allowed to provide medical care to a passenger in need, despite being a licensed physician. The flight attendant didn’t believe I was a doctor and told me to have a seat while two nurses provided medical care to the passenger,â€ wrote Denmark, a doctor of osteopathic medicine on Facebook.

Dr. Denmark’s post also included a blog link, which recalled herÂ whole experience in detail. In the blog, titled Discrimination 30,000 Feet Above, Denmark said, “Here I was, the doctor with 11 years of training, being asked to take a seat and not partake in caring for the passenger in need.â€

“As an African-American,Â female physician, I am too familiar with this scenario.Â  Despite overcoming and excelling academically and obtaining the title of ‘Dr.’ in front of my name, I still get side-eye glances, when I introduce myself as Dr. Denmark,” she continued.

The South Carolina doctor wentÂ on to add, “It’s time for Americans who practice these kinds of behaviors to elevate their social consciousness and realize that African Americans are just as equally talented and capable of holding any job in this land. This incident with Delta Airlines just shines the light on how often times African American doctors and other professionals like myself endure discrimination.”

The Tao of Lo Toney: Words of Wisdom for Funding a Tech Startup