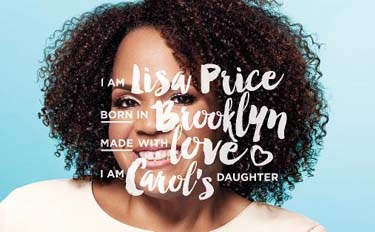 ‘Fem-advertising’ is a fairly new marketing buzzword used to describeÂ inspiring campaigns championing girls and women around the world. And statistics prove that beyond empowering women, the latest trend to hit the marketing/advertising world is paying off for brands. A 2014 SheKnows Fem-vertising survey released the following statistics:

In a refreshing twist,Â brands are also including diverse and relatable women in their marketing campaigns. Â Check out 3 brands making the commitment to redefining beauty and success.

[Related: The Key to Setting Your Business Apart From the Competition]

Carol’s Daughter: Born and Made. According to Carols Daughter, the BORNandMADE campaign is not just a campaign; it’s a commitment. Created to celebrate beauty, the natural hair company teamed up with I AM THAT GIRL, who inspires girls to know their self-worth.

As stated on their website: “Together we are empowering women all over the world to be who they are truly BORNandMADE to be – not who others think they’re ‘supposed’ to be.” The campaign has garnered the support from everyone including British Singer/Songwriter Estelle and Image Activist Michaela Angela Davis to Actress Constance Zimmer.