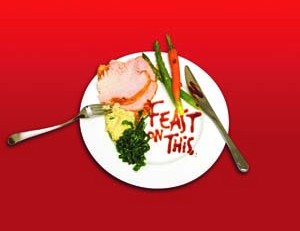 If you’ve never heard of Pat and Gina Neely, you either don’t watch television or you don’t eat! When Down Home with the Neelys premiered in 2008, it became the highest-rated series debut in the history of Food Network’s In the Kitchen weekend block.

The show made instant stars of the dynamic couple, whose brand and businesses have exploded in its wake. Funny and flirtatious, they’ve won the hearts of foodies everywhere, and remain one of very few African Americans on the cable network. An estimated 5 million viewers tune in to watch them each week.Z

Filmed in their 8,500-square-foot Memphis, Tennessee, home, the show continues to be a top ratings performer. The couple has a multiyear endorsement deal with Kraft and still helps run the company Pat launched with his brothers 20 years ago, which now includes three restaurants in Tennessee, a catering business, several concessions, and sales of their eponymous sauces and spices online and in stores nationwide, including Walmart.

2011 has been a big year for the Neelys. In July, they opened Neely’s Barbecue Parlor in New York City, offering something rare in the Big Apple: centrally located Southern cuisine served in comfortable, upscale surroundings, complete with several small dining rooms, a large open bar area, and a cigar lounge on the lower level. Lest patrons forget where they are as they devour signature offerings such as candied bacon or beer can chicken, several large screens play the Neelys’ show nonstop. There’s even one playing to passersby just outside the front door.