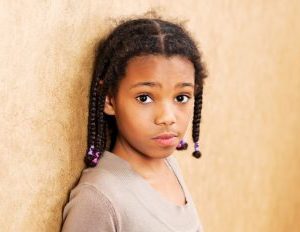 Called Lifeline, this program was put in place by President Reagan’s administration in 1985, to provide discounted phone services to low-income Americans. The program was expanded by the George W. Bush administration in 2005 to include wireless services. During President Obama’s time in office, the FCC expandedÂ the program to include subsidized internet access. Then-FCC chairman Thomas Wheeler said the expansion would help some of the 64 million Americans, who have difficulty affording internet access at home.

The Lifeline program has been incorrectly and snidely referred to as the “Obamaphoneâ€ program. Obama’s critics charged that the Obama administration was handing out free phones to welfare recipients, a charge that has been debunked.

Pai, a former attorney for Verizon and a critic of regulations placed on the telecom industry, said in a released statementÂ about the end of Lifeline and other regulations, “These last-minute actions, which did not enjoy the support of the majority of Commissioners at the time they were taken, should not bind us going forward.Â  Accordingly, they are being revoked.â€

“By eliminating the designations of nine entities to provide Lifeline broadband service, the Bureau has substantially undermined businesses who had begun relying on those designations. These providers include a minority-owned business, a provider enabling students to complete their homework online, and others serving Tribal lands.

I remain hopeful, however, that this is not the final answer and that the providers’ requests will remain pending after today’s action. I implore the Chairman and the Bureau to consider these designation requests expeditiously. #ConsumersFirst.”

*Editor’s Note: Since publication of this article, the FCC Chairman Ajit Pai wrote a blog post clarifying his position on the Lifeline program. He says the program is not ending, rather,Â the agency issued an order reconsidering nine companies’ eligibility to participate in the Lifeline program. You can read his remarks here.Â