Fashionâ€™s Night Out is Cancelled for 2013 in NYC 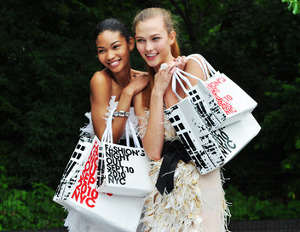 After four years, Fashion’s Night Out will go on a hiatus in 2013 in the US. The event will still take place in select international cities.

Fashion’s Night Out was launched in 2009 to help NYC retailers hard hit by the recession. After an initial positive response by consumers, the event was held again in 2010, 2011, and 2012. By its fourth year, FNO had expanded to stores in over 500 cities nationwide and 30 international cities.

While FNO was a big hit with the public, it’s questionable if it drove sales for retail brands.Â  The night took on an atmosphere of a “street festival,” with open bars, DJ’s, and celebrity appearances. Many stores hoped customers would come back after the parties to buy items they saw during the event.

Steven Kolb, chief executive officer of the CFDA, said the organization is extremely proud of the event and feels it’s served its purpose. He said, “I don’t think the success of it was measured only by numbers or money, but was really about engagement.…Everyone feels we had a great four years. It brought a lot of attention to retail, to fashion’s important place in retail.â€

Some industry experts felt a hiatus was probably needed. Some fashion brands, in an attempt to weed out teens, tourists and other patrons who were more interested in free drinks than shopping, had begun to enforce dress codes, created VIP lines and offering snacks only after guests had purchased something.