Over the past couple of years, Facebook has been instrumental in making it easier for users to prepare for Election Day. They’ve done this by supporting voter registration drives in both the primaries and general election through the nonpartisan TurboVote Challenge.

This year is no different. They’ve added feature sets that let people ask their friends to join them in registering to vote. In addition to that, research shows people who make a plan to vote are more likely to do so, so the platform is helping users find their polling locations, with the option to set a reminder just in case it slips their mind.

One of the biggest reasons folks shy away from voting is because they don’t know the candidates or understand the policies and the research can get confusing. Facebook now has a new tool that provides Candidate Info, which lets people hear directly from their federal, state, and local candidates on why they’re running for office, what policy issues they care about, and what they hope to accomplish if elected.

The short videos allow the candidates to showcase the following:

Facebook isn’t alone in this. Instagram is rolling out their feature set as well. You can now post that you voted with a custom “I Voted” sticker and a “We Voted!” story will appear at the front of your stories bar on November 6th so you can see all of your friends who participated. The goal for this is to encourage more users to get out and vote. As they see their friends, counterparts, and associates doing so, the hope is that it will create a viral effect encouraging others users to do so. 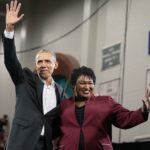 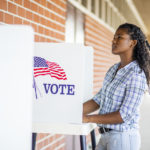 Black Millennial Voters: The Future of Education Is On The Ballot This Year