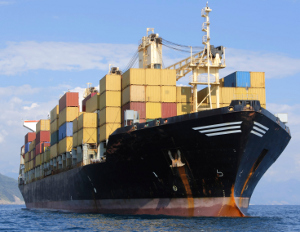 “I am proud to announce that nearly 90 percent of the Bank’s transactions in FY 13 were for small businesses — an all-time high,” said Ex-Im Bank Chairman and PresidentÂ Fred P. Hochberg. “Ex-Im BankÂ employees have done a remarkable job of ensuring that American entrepreneurs have the tools they need to succeed in international markets. Whether it’s providing export-credit insurance to first-time exporters or working-capital guarantees to returning customers, Ex-Im Bank will continue to fulfill its mission of creating U.S. jobs.”

Among the highlights from the 2013 Annual Report:

Ex-Im BankÂ is an independent federal agency that creates and maintains U.S. jobs by filling gaps in private export financing at no cost to American taxpayers. The bank provides a variety of financing mechanisms, including working-capital guarantees, export-credit insurance and financing to help foreign buyers purchase U.S. goods and services. In the past fiscal year alone, Ex-Im Bank earned for U.S. taxpayers more thanÂ $1 billionÂ above the cost of operations.

In FY 2013, Ex-Im Bank approved more thanÂ $27 billionÂ in total authorizations to support an estimatedÂ $37.4 billionÂ in U.S. export sales and approximately 205,000 American jobs in communities across the country. For the year, the bank approved a record 3,413 transactions– or 89 percent–for small-businesses.

How to Keep Your Business Lean and Profitable