After deliberating for approximately three hours, the House ethics committee decided by a vote of 9 to 1 to censure Rep. Charles Rangel for committing 11 ethics violations.

R. Black Chisam, the committee’s counsel who served as prosecutor in the case, had recommended censure at an earlier proceeding Thursday afternoon. It is the strongest punishment that he could receive, short of expulsion, and Rangel’s censure will be the first to occur in close to 30 years. The panel’s decision will go to the full House for a floor vote where he will undergo a public shaming and oral rebuke of his conduct.

Throughout the week, Rangel’s emotions seemed to vacillate between arrogance and contrition. On Monday, the 80-year-old lawmaker, who has represented Harlem since 1970, walked out of the ethics trial and later told reporters that he was considering appealing the panel’s ruling because he felt he’d not been given due process or an adequate opportunity to put on a proper defense. Admitting that he had indeed been sloppy and made mistakes, he also implored colleagues several times to recognize that he hasn’t done anything corrupt. In the end, though, he was just downright sad.

“IÂ don’t know how much longer I have to live, but I will always try to help people and to thank God for what he has given to me,â€ said Rangel in his gravelly closing plea before the committee began its deliberations. “I just hope that no matter what you decide in the sanctions, that you put in there that Charles Rangel never sought any personal gain.â€

Rep. G.K. Butterfield (D-North Carolina), one of the panel’s judges and a member of the Congressional Black Caucus, expressed deep concern at the Thursday hearing that Rangel did not have counsel. Rangel’s attorneys withdrew from the case the day after the trial date was announced, a move, Butterfield said, that he would never have permitted during his days as a trial judge. He also said that skilled counsel would have made arguments based on House presidents that could have influenced which sanction the judges will ultimately impose.

Butterfield said that despite clear evidence of wrongdoing, in Rangel’s case, censure would be too extreme, adding that during Monday’s trial, Chisam acknowledged the difficulty in making a choice between reprimand and censure.

“I suggest that any conflict between these two punishments must be resolved in favor of the respondent. Censure is extreme. It should be reserved for intentional conduct where the member has derived a personal financial benefit. That is not this case,â€ said Butterfield. He would not, however, admit to being the dissenting vote.

Retiring Alabama Rep. Artur Davis said that he believes that censure may have been recommended because it’s the choice that’s the least controversial and most likely to generate consensus during a House vote. He also suspects that Rangel might have gotten a much less severe punishment if he’d settled the case. “I think that if Rangel had decided a year and a half ago to plead to some level of infractions, this might have gone away. There would have been a letter of admonishment or something, but he believes strongly to the end in contesting not the facts, so much, but the conclusions drawn from them,â€ Davis said.

Another CBC member, speaking anonymously, agreed. “He let it go too far. If there was a deal offered prior to this, he probably should have given it more consideration,â€ the lawmaker said.

Some critics have argued that Rangel’s attitude also may have led to the harsher sentence and that his manner has been a little too sang-froid. But Rep. Emanuel Cleaver (D-Missouri), who will be the next chairman of the Congressional Black Caucus, said that sort of thinking is symbolic of “a new and dangerous mean-spiritedness afloat on this Hillâ€ and anyone who believes Rangel has not been damaged by this stain on what is an otherwise legendary career, doesn’t understand the human spirit.

“He is the best-known member of Congress and probably the most admired. As someone said, one of the first things the [incoming members] wanted to do this week was to get their first view of Charlie Rangel,â€ Cleaver said. “This is a painful season in an otherwise remarkable life and can’t possibly be anything but the most devastating moment in his career. Had nothing been done beyond those charges being presented, he would have been sufficiently punished.â€

WATCH: Nick Cannon on Business, Being Taken Seriously & Faking It ‘Til You Make It 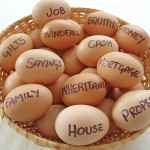 Smart Money Moves for Every Stage of Life