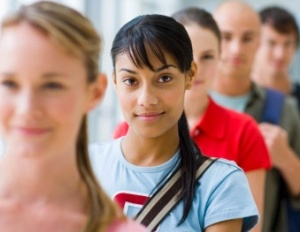 If you had to seek funding outside your parents and your own piggy bank to fund your college education, then you know how important it is to apply for Federal financial aid in order to fill the gap.

Just one mistake on that form could affect how much money you receive. So imagine the horror when students discovered that the unthinkable happened.

Yep, you guessed it. A mistake in this year’s Free Application for Federal Student Aid (FAFSA) may have put thousands of financial aid offers at risk.

The Seattle Times reports roughly 200,000 students may have received erroneous financial aid offers due to an online glitch on the government’s FAFSA form.

Some schools began to see many applicants with unusual salaries entered in the box labeled “Income Earned from Work.â€ The income appeared extremely high for students applying for financial aid.

Reports The Seattle Times, “… thousands of students – apparently trying to respond to the FAFSA with utmost accuracy – entered summer-job or after-school incomes down to the penny. But the form was supposed to accept only whole-dollar amounts. The result? Incomes of $5,000.19 showed up as $500,019 – an enormous difference, and one that would almost certainly affect eligibility for financial aid.â€

The Department of Education has since re-processed the incorrect forms.