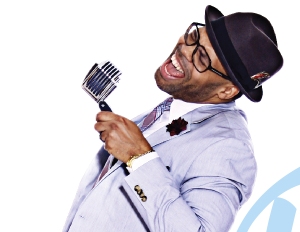 The music business is notorious for cutting the careers of the talented to a point where disgust and anger usually controls the emotions of those talented enough to get a deal. Many different reasons and theories surround the thought process as to why it happens, but usually, it’s among those signed to a major label.

The independent artists usually fly under the radar because they sometimes lack the major muscle and marketing machine of the majors. This also cuts short the careers of some who don’t and/or can’t get the necessary exposure to sustain a lucrative career.

RELATED: Learn Leadership Strategy from the Best of the Best with From the Corner Office, Presented by BMW

There are always exceptions to the rule. One such example is Eric Roberson, a veteran performer who perhaps does as many shows as more popular artists. He just completed his tenth studio album and has no plans to stop. He may very well be your favorite artist’s favorite artist.

BlackEnterprise.com discusses with Roberson his longevity on the scene, how he balances family life and his career, and why he has been challenged to take the business aspect of his career more seriously.

BlackEnterprise.com: A true veteran in the music game, yet you are not as popular as you should be in accordance to your talent. How do you feel about not being as popular as a, let’s say, Trey Songz, having the industry knowledge, experience, and respect of industry folks?

Eric Roberson: I am more than fine with it.Â  I have the great opportunity to make a living doing what I absolutely love to do.Â  At the same time, I have a great fan base, but can walk the streets with my kids. I’m honestly not supposed to be here. I had the deals that would have allowed me to be say, a Trey Songz, and those deals didn’t work out for me. But I realize I am right where I am suppose to be.Â  Still growing and still getting better. So no complaints over here.

You’ve recently released your tenth album, “The Box.” How does it feel being in business long enough to be able to release a tenthÂ album?

I remember opening for Roy Ayers and him telling me he had over 100 albums.Â  I don’t know if I will ever catch him but I’m proud of the 10 we have done so far. I feel I have another 10 to 20 left in me. But once again, I feel blessed to have the opportunity and abilities to put out this many albums. I know this spot is not guaranteed.

RELATED: Learn More About the Business Behind Music From the Greats

How do you view the business of doing business in this fickle industry and how do you stay relevant so you can continue to do business?

My fans and my peers challenged me to take the business more serious. Trying to expand and compete with the major labels will only help the independent movement as a whole.Â  I’ve never done well with the fickle side of the business. I don’t make music to please everyone. But for those who can get down with it, we will be over here rocking. I never focused on being relevant. I more focused on being honest. That may have hurt me a lil in the business, but I think the people I have worked with appreciate that about me.

Being an artist who is also an entrepreneur must be a big task, especially being as consistent as you have been in releasing music and performing. How do you conduct business as an independent artist? Do you have a team and how different (if indeed it is different) is your approach to conducting business and doing music? 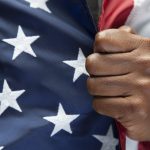