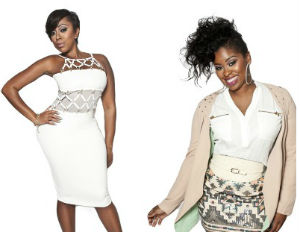 Kijafa Vick, 30, and Blair Sandlain, 28, launched “PNK Elephantâ€ in 2010 with a mission to provide affordable accessories and clothes to women. They initially started out with a web store but in 2011 transitioned PNK Elephant into a trendy clothing boutique in Philadelphia.

Sandlain and Vick (who is the wife of NFL Philadelphia Eagles’ quarterback Michael Vick) purchase clothing and accessories from wholesalers and select fashion designers. With prices ranging from $20 to $200 for clothes and $5 to $50 for accessories, PNK Elephant generated over $775,000 in total retail sales during the first two years of the store’s operation. The company grossed $240,000 in online sales revenue.

This is the second time around owning a boutique for Sandlain. She ran a retail store in Detroit but had to close shop when things didn’t work out financially. But a friend encouraged her to continue with the business. Sandlain was introduced to the owner of “Websetup.comâ€ and decided to set up shop online, reading various books such as, Million Dollar Websites, as a resource for running a web store.

It was about three years after Sandlain’s Detroit boutique closed when she met Vick through a fashion designer and mutual friend. When the two signed on as business partners, they agreed to open a store in Vick’s hometown of Philadelphia.

After going down several paths, the ladies found success online and offline, creating a huge fan base, referring to their customers as “PNK party girls.â€ They also created the “Hustle Hardâ€ campaign, which includes their line of “Hustle Hardâ€ t-shirts featuring different city names on them. They donate proceeds from sales to the Susan G. Komen Breast Cancer Foundation Philadelphia chapter. The business partners used the word “hustleâ€ to represent women in a strong sense, whether it’s working two jobs, maintaining school, or holding a household together. Other philanthropic ventures include their PNKdress Foundation, which is dedicated to helping teen girls who can’t afford to attend their prom. This past spring the foundation gave away 15 prom dresses.

BlackEnterprise.com interviewed the duo about their entrepreneurial journey.