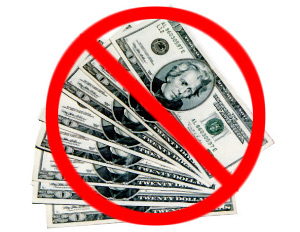 A study announced by business coaching leader, EMyth, revealed that money is not the main motivation behind most small business starting their own business.

According to the 2013 State of The Business Owner (SOBO) Report, the top three reasons today’s entrepreneurs start their businesses are: freedom to pursue new opportunities; following their personal passion; and, to gain independence from others control. Money ranked fourth, according to the more than 1,700 business owners that were surveyed.

EMyth commissioned the State Of The Business Owner Project, now in its second year, to gain insights into the challenges that small and midsize businesses face on a daily basis. One of the top SOBO survey findings highlighted that it’s dangerous to make revenue the primary focus when trying to grow a business.

The 2013 SOBO Report points to entrepreneurs needing more guidance and insight.Â  Another trend identified finds that 85 percent of business owners believe they have a competitive advantage, and 50 percent believe that their employee’s productivity is better than their competitors.

“Only 50% of new businesses survive the first five years and only a third will last ten years,” according to the Small Business Administration. “But these same small businesses are essential to our economy, as they create more than 60 percent of new jobs on average in the U.S,â€ said Jonathan Raymond, CEO of EMyth.