Entrepreneurâ€™s Conference, Day 2: Education Through Technology With The Gates Foundation 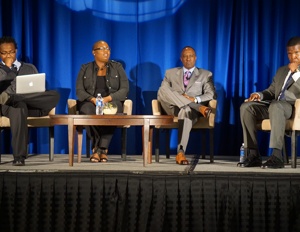 The Bill & Melinda Gates Foundation hosted a panel on education and our children, with coding and technology as the primary topic for helping advance minorities through it.

It’s day two of the Black Enterprise Entrepreneurs Conference, sponsored by Nationwide, in Columbus, Ohio, and serial entrepreneurs, and business owners from Columbus as well as around the world are taking advice and gaining experience from those who’ve succeeded in creating monumentally successful businesses.

Thanks to the Bill & Melinda Gates Foundation, Black Enterprise hosted a panel on how entrepreneurs can educate children while still making a profit. The global education market is a $4 trillion business, and many entrepreneurs are noticing the money.

The panel was hosted by Will Lucas, CEO of Classana. Panelists included Kalimah Priforce of Qeyno Labs, Felecia Hatcher, CEO of Code Fever, and Ron Busby, President of the U.S. Black Chamber, Inc. They all agreed that one thing that needed changing was the way we educate our children, especially minorities.

Hatcher and Priforce agreed that minorities and the education system weren’t adapting to the rapid advancement of technology. “We’re being left behind,â€ said Fletcher. “I started Codefever to teach programming and entrepreneurship. A lot of our people don’t even know what STEM is. ‘What is it? What do we do with it?’â€

Priforce agreed. “School is a 20th century model for 22nd century kids,â€ he said, and referenced computer labs as a prime example of the backwards system. “The computer lab was a protected environment. You couldn’t hack or explore.â€

But sticking technology into the hands of kids isn’t cutting it. Sure, schools are adopting technology like iPads and Chromebooks, but they are simply more advanced textbooks. “20th century was about kids consuming. What you want your kids to do is produce. You can’t create anything on an iPad or a Chromebook. We need to transform kids from consumers to producers.â€

Busby’s approach to education was still rooted in the basics, which are more important than ever, especially with technology’s takeover. “At the end of the day, it’s about reading, writing, and arithmetic.â€

Busby’s point is one often overlooked in the cacophony that is the “learn to codeâ€ mantra. Mathematics is just as important in programming as it is in a field like engineering or architecture. Code is a numbers game, and encouraging science and STEM-related education is crucial for building the foundation to code.

Felecia Hatcher’s view on education–specifically college–involved young adults spending more time building relationships with business owners and venture capitalists rather than slogging away for a degree they don’t want. “We need to disrupt our education system, especially for African Americans,â€ Hatcher said. “Why are we forcing kids to go through a path that isn’t fit for them?â€ Hatcher suggested a more radical approach to the internship: sending kids to coworking spaces for a year to build up relationships with people like app developers, venture capitalists, and other entrepreneurs who would be able to help them network and hear their ideas. “Our kids don’t have five venture capitalists they can pitch to.â€

Every panelist had a different opinion on the current state of education, as well as its future. Priforce remained hopeful. “I still believe in school,â€ he said. “School is a safe haven.â€ 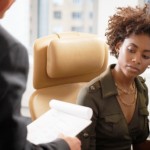