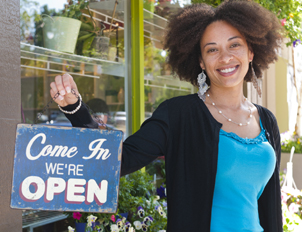 Since the launch of Entrepreneurs of Colors Fund last year, JPMorgan Chase has awarded $2.75 million to nearly 30 minority-owned small businesses, to start up and expand in the Detroit area. More than two-thirds of the loans are supporting neighborhood businesses, creating approximately 79 jobs, and 45% are supporting minority women-owned businesses.

As part of JPMorgan Chase‘s $100 million commitment to Detroit’s economic recovery, this program is supporting Detroit-based neighborhood businesses owned by entrepreneurs of color and businesses that primarily hire people of color.

There are 50,000 minority-owned small businesses in Detroit, making it the fourth largest city for minority entrepreneurship. The EOC Fund is designed to increase economic opportunity by providing these businesses with greater access to capital and business assistance, allowing them to grow, hire locally, and further contribute to the city’s economic recovery. According to the JPMorgan Chase Institute, spending at Detroit small businesses has grown significantly—from being down over 4% in early 2014, to up 4% in mid-2016.

Created by the Detroit Development Fund, JPMorgan Chase & Co. and the W.K. Kellogg Foundation, the $7 million EOC Fund, which is facilitated by DDF, a Michigan 501(c)3 Community Development Financial Institution, provides financing to Detroit small businesses that lack access to traditional forms of credit and capital. Funding for the EOC Fund is provided by a $3.5 million grant from JPMorgan Chase and a $3.5 million investment from the Kellogg Foundation, as part of its larger, roughly $25 million, annual investment in the city and commitment to promoting equity.

“Small business owners, like the ones benefiting from the Entrepreneurs of Color Fund, are critical to Detroit’s comeback,â€ said Jamie Dimon, chairman and CEO, JPMorgan Chase, in a statement. “The lessons learned from this fund are not only paying off in Detroit, but have allowed us to develop similar programs for minority-owned, small businesses in Los Angeles, Chicago, and New York City.â€

“As a female, minority, small business owner, accessing capital can be challenging,â€ said Adrienne Bennett, owner of Benkari Mechanical, in a press statement.”Because of this program, the Detroit Development Fund, JPMorgan Chase, and WKKF, we were able to secure our largest contract to date, the domestic plumbing systems for Building C on the Little Caesars Arena, which demonstrated our ability to successfully compete with larger contractors,â€ she added.

“As a small business owner, this money made it possible for me to keep running my business, because sometimes it takes 30 to 60 days to get paid from some of the contractors that we work for,â€ noted Rhonda Rowe, owner of Rowe Trucking.Â “I am grateful to the whole team at the Detroit Development Fund, for working with me to keep my business running.”