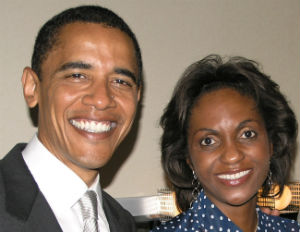 Entrepreneur and public relations extraordinaire Suzan McDowell has been able to leverage over two decades of relationships within the radio and entertainment industry to make her dream of a full service communications agency come true. Overcoming a path of blood, sweat and tears, McDowell is the CEO/President of Circle Of One Marketing, arguably one of the most successful minority-owned businesses in South Florida. Founded in 2001, “The Circleâ€ has grown into an influential corporate citizen with a unique ability to access and move the African-American & Caribbean markets.

As the agency on record for the popular Miami ‘Jazz In The Gardens’ festival since its inception 9 years ago, Circle of One Marketing also represents other high profile clients including the University of Miami, OneUnited Bank and Michelle Obama’s “Let’s Moveâ€ campaign in South Florida.

In the midst of planning the upcoming Jazz In The Gardens music festival, BlackEnterprise.com caught up with McDowell to talk about the success of her agency, how her Jamaican heritage has impacted her professional career and the evolving challenges of entrepreneurship.

What sparked your interest in public relations and marketing?

I have a degree in advertising from the University of Texas and when I first got to college, my Jamaican dad (Dr. McDowell) said I had to pick a major. I basically picked a major that was as far away from math as possible. Marketing and PR is natural for me because of my personality and because I’m creative. I love moving and persuading people, and introducing them to new things. And that’s basically marketing.

You mentioned your heritage as Jamaican-American. How has your culture and upbringing effected doing business within the U.S.? Were there any cultural changes or conflicts?

The fortunate thing about my heritage is that being a McDowell is a pedigree. I say that because I have a really fantastic family. My mother is an American, my dad is Jamaican, and the rest is history. Being a Jamaican carries a lot of pride because we have a very strong island. The British education system, which is far superior to the American education system because it grooms students further ahead, not because they’re more intelligent, just because they’ve been better educated.

As far as doing business, it’s actually quite fortuitous because I’m able to be a Jamaican and an American all at the same time. So I understand both sides of the coin and I consider that a strength. It’s an interesting dichotomy of being both, because when I’m in America, I’m not American enough, and when I’m in Jamaica, I’m not Jamaican enough.

What sparked the transition from the radio to doing full service communications?

When I left school I actually went into print, and I was recruited from print to radio. I remember it took me a year to transition, but at that time in life I was tailor made for the radio market. Radio is a fun industry. It’s not like anything else — it’s promotional, it’s exciting, especially if you are a listener. But it just got to the point where it was no longer fun because I wanted to see what’s outside of radio.

Honestly, I never went to school for PR. I was never trained for it, I basically invented it. I went somewhere one time and they expected me to hold a press conference, and write a press release. I said; let me figure out how to do this. I figured out, it’s about finding the right reporter, giving them a good story, not calling them at 5PM when they’re on deadline, making friends, having a good reputation..etc. Over the course of time, people started calling me a publicist. The day that I got Mayor Gibson on Morning Joe, was the first time I was like “OMG, I’m a publicist!â€ I had never trained, but it turns out I am actually a publicist.

What are the biggest challenges of entrepreneurship and running a full service communications agency?

For me, I’m very right brained, and the challenge is having to be left brained although I’m not. I do think it’s important when you have a creative person like me, along with someone who ensures that business goes in a straight line. You need someone who is like, “you need to be at this meeting on time,â€ or “you will not have a 2-hour meeting when someone is not going to give you money.â€ That’s the thing for me, that’s hard. Business however, does not go in a straight line.

It’s also nerve-wrecking, because I put all my savings into it, but it’s also been very gratifying because I’ve built a level of respect for myself. Just because you follow your dreams does not mean it’s easy. If you can just hang on, that is business. It’s not rainbows, unicorns and cotton candy. Whatever dream it is that you have that you decide to go for, there are consequences, upsides and downsides. There are things that you forfeit to go for that one dream. You have to make sure you know what you’re getting with your dream because life is not easy. Dreams are hard, but I’m living.

There’s a stereotype that women of color typically don’t help other women within their industry, especially those that are running their own business. Have mentors helped you along the way?

I certainly have women that I’ve reached out to and asked them to help me, and they haven’t. But for the most part, I’m very self motivated, and have a very strong personality. I’m the first person that if you say “I couldn’t do it,â€ it sparks something in me. That’s what makes me do it. I have had way more women in my life that I try to surround myself with that are my competitors and friends, but we also say “you go girl!â€ I don’t believe that just because you’re fabulous, it doesn’t mean I’m not fabulous. I want to be around beautiful, talented, gorgeous, wonderful, amazing women whether they’re my competition or not because it makes me beautiful, talented, gorgeous, amazing and wonderful. I know there’s a lot more power in using my powers for good, than evil.

What are the biggest mistakes you see millennials making when it comes to starting their professional careers?

I love interns, especially ones that are smart. Somehow, I think however, that everyone is starring in their own movie. To think that you’re going to come out of school and make $100 million because you went here or there is not realistic. I don’t think kids understand the value of grunt work. You don’t just get to step into your dreams; you have to work for it. Working for it means you may have to spend two days on a spreadsheet, that’s just what it is. And then your boss may say, oh, let me give them some more. You can be poor when you’re 22. That’s the time to take that job in the industry that you want, even though it only pays you $2. But you’re going to wake up one day, doing what you want because of that one time you worked on that spreadsheet.

Kids nowadays don’t see the big picture because they haven’t lived through it. Sometimes they don’t want to listen to someone who’s been there because they don’t think you know. Millennials should know that they need to start at the bottom, and work their ass off instead of trying to have someone hand them something.

What’s the best piece of advice you received once you became an entrepreneur?

Be mindful of your reputation.

What’s next for Circle of One Marketing?

I want to be able to open a Los Angeles office because the west coast has been pulling me for a long time. Miami is the first frontier; I don’t want to give up this office. We’ve been saying this for a long time, but it’s now been coming into fruition. And I also want to do more business in Jamaica. And to also duplicate what we’ve done here, and to do it across the country.