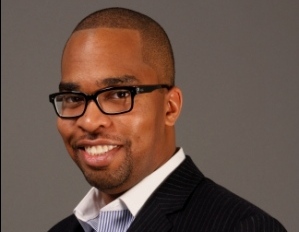 Don’t ever tell Hans Goff that the personal isn’t political. For him, it’s most definitely personal–as well as increasingly professional. Goff, 28, is the founder of Voting Works, a Trenton, New Jersey—based political consultancy he founded in 2010.

Politics have been in Goff’s blood since he was 16, when he spent time working for the mayor of Trenton, his hometown. Goff has since worked for the Democratic National Committee and for former governors Mark Warner (of Virginia, now a Senator) and Jon Corzine (of New Jersey); been a paid staffer for several Congressional and gubernatorial campaigns; and served as a policy volunteer for Obama for America in 2008.

His efforts, he notes, tipped him off to a truism: People are keener to discuss politics, and get involved in the process, if the messenger is compelling. So Goff founded Voting Works to help bring voters in underserved communities into politics, using celebrity “surrogatesâ€ to appear at events and discuss issues important to people in those communities.

Among his first moves was to tap into the Rolodex of his famous godmother, Patti LaBelle. He’s also been able to use his own nationwide network–built through his work on all those campaigns – to recruit such celebs as the Roots’ ?uestlove and Michael K. Williams (who played Omar Little on HBO’s The Wire) to spearhead Voting Works’ initiatives.

Even in an off-election year, business is booming: Last month, Voting Works became one of the newest companies brought into the funding-and-mentoring program of 100 Urban Entrepreneurs, the nonprofit foundation of TheCASHFLOW, on the strength of Goff’s 60-second business pitch – delivered in 100UE’s video-pitch booth at the 2011 Black Enterprise Entrepreneurs Conference + Expo in Atlanta. He’ll receive $10,000 in startup financing and eight weeks of intensive business mentoring.

Looking ahead to next year, meanwhile, Goff will be working hard to keep engaged the legions of young Obama voters from 2008, and using his business’s growing clout to make a difference in races across the country. “I want to be involved with all campaigns,â€ he says, “from the presidential down to local races.â€

And although he won’t be eligible for the presidency until the election of 2020, does he ever envision himself on the hustings, managing his own campaign for public office? He answers, naturally, with the aplomb of a seasoned politician. “I get that a lot,â€ he says, laughing.

Be sure to check TheCASHFLOW.com for more on Goff.

How to Get the Most For Your Dollar When Traveling Abroad