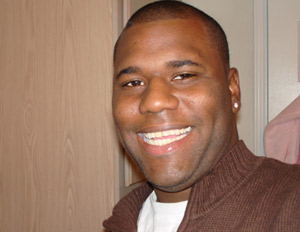 “I got interested in developing Wrist’Ezy when I opened my eyes and realized just how many people were using a computer for their day-to-day business,” says Brandon Smith. “The majority of the people I saw were holding their hands incorrectly. That’s when I decided there was a niche I could fill.”

So Smith, 27, began developing his prototype–a polyurethane rubber mold that will stabilize a computer user’s wrist for much greater ergonomic benefit and reduction of repetitive-stress pain. “I noticed that the current products marketed as wrist supports were comfortable only if used incorrectly, and the ones that did work were too bulky and expensive to be practical,” he says. “During the research phase, my main focus was making something that not only worked, but that was universal enough that it could benefit anyone from ages 7 to 70.”

The graduate of Florida State University runs his business “on a Ramen Noodle budget with a steak goal” out of Tallahassee. According to Smith, the city offers one of the richest entrepreneurial scenes in the South thanks in part to its status as Florida’s capital and the presence of several major universities. It was after a December 2010 business-pitch competition on the campus of Florida A&M University, in fact, that he was brought into the funding-and-mentoring program of 100 Urban Entrepreneurs, the nonprofit foundation that offers $10,000 startup grants and business mentoring to ambitious young businesspeople nationwide.

Smith’s time-consuming R&D is finally starting to pay off. Wrist’Ezy officially launched in April, and he’s in consultation with local Wal-Mart stores to stock the device. The effort Smith has put in to his brand is characteristic of his approach to business. “I’ve always been the type to say, ‘I can make that better,’â€ he says. “So after countless models, I was finally able to create the Wrist’Ezy.”

If everything goes his way, millions of achy computer users–which is to say pretty much all of us–will surely be grateful.

Mark of a Leader: 5 Steps to Keeping Your Cool While Under Pressure

Black Blogger Month: The Field Negro, Nothing But the Truth