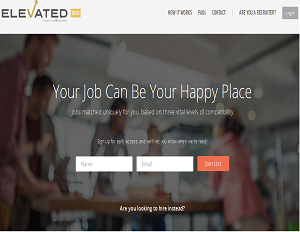 With surveys showing that 70%Â of Americans are unhappy with their jobs, eHarmony is making plans to expand its services to help professionals find the perfect job match.

The dating site’s CEO Neil Clark Warren, who used to be a marriage counselor years ago, announced that eHarmony plans to launch its recruitment service–Elevated Careers–in 2016, with the expectation of the business contributing to about 60% of the company’s revenues within three years.

“Nobody has really matched personalities in terms of the applicant and the supervisor. That’s not something that LinkedIn or Monster do,” Warren told Reuters in regards to eHarmony’s plans to get into the career industry.

“[The career market] is such a big market that we do expect it to grow faster than our core product,” Warren added.

eHarmony, which is a private company, will likely charge employers and job seekers for its services, while offering some features for free. It’s expected to use more than 100 variables to match professionals with potential jobs including skills, experience, personality, and work and cultural values.

While stepping into the online job market seems to be a smart business move for eHarmony, there are several other job search apps who have adopted the online dating concept as well, such as Switch, Poachable, and Jobr, just to name a few.

Professionals interested in using eHarmony’s new service can go to elevatedcareers.com to sign-up either as a job seeker or recruiter.