On Saturday, Oct. 21, the NAACP announced that it unanimously elected Derrick Johnson its new president and CEO. Johnson, 49, acted as interim leader of the storied civil rights organization since July, several media outlets have reported.

The organization has also announced that it will reorganize from a 501(c)(3) nonprofit to a 501(3)(4), similar to that of its local affiliates, the Philadelphia Tribune reports. That change will allow the NAACP to engage in unlimited lobbying and promote political candidates and issues, “so we can have the collective voice and impact that a civil rights organization in 2017 and forward should have,” Johnson, former president of the Mississippi State Conference of the NAACP, told the Tribune.

A graduate of historically black Tougaloo College in Jackson, Mississippi, Johnson cited education access, long a priority of the NAACP, as a renewed focus along with voter access, though he also told reporters that “all issues are on the table.”

“With new threats to communities of color emerging daily and attacks on our democracy, the NAACP must be more steadfast than ever before,” Leon Russell, board chairman of the NAACP, is quoted as saying in USA Today. “Derrick has the vision, mobility, and courage to help us meet that demand.”

In the education arena, the NAACP may be best known for its controversial position on charter schools, which some have called “anti-community.” The organization has called for a moratorium on charter school expansion and made other recommendations based on the work of the NAACP Task Force on Quality Education.

The organization’s other education priorities include, according to its website, integrating multilingual curriculum into public schools, and the implementing of standard grading policies.

The NAACP’s current top three issues are civic engagement, environmental and climate justice, and health. For more information about Derrick Johnson and the NAACP, visit the organization’s website. 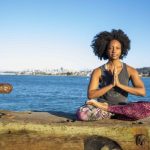