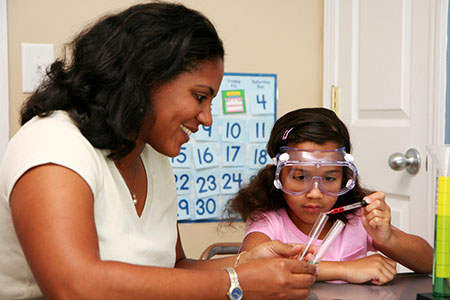 The National Society of Black Engineers has announced the dates and locations for its 2015 Summer Engineering Experience for Kids program, or SEEK. Founded in 2007, SEEK is the nation’s largest summer engineering program geared toward African American pre-college students.

SEEK participants engage in team-based, competitive engineering design activities and learn science, technology, engineering and math concepts under the guidance of SEEK mentors: NSBE college student members from across the U.S. The ultimate goal of the program is to increase the number of college engineering students and engineering professionals among African Americans, a community starkly underrepresented in this field.

[Related #BESMART: Check Out This Special Portal for Minority Students, Educators and Parents]

Neville Green, NSBE’s national chair, said in a release that “Increasing the STEM proficiency of black students in grades 4 through 8 is a must for NSBE to achieve its primary goal, which is to produce 10,000 black engineers annually in the U.S. by 2025.” Green is a chemical engineering senior at the City University of New York. “Expansion of SEEK is a major part of our plan to reach that number.”

The summer 2015 SEEK program has been announced as follows:

[RECAP] Influencer Coalition Presents ‘The Autopsy, Part 2: Our Money, Our Power, Our Politics’