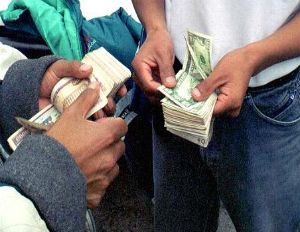 According to Fast Company, Ecuador is the world’s first country with a public digital cash system.

Companies like, M-Pesa, a mobile money transferring system commonly used in Tanzania and Kenya, is recognized for bringing a formal financial system and boosting Â e-commerce opportunities in various areas for millions of people, while also lowering theft. But, according to the article, Ecuadorian economist Diego Martinez believes the government’s shift toward paperless currency accompanies a belief that they can reduce transaction costs that come with private services.

Despite the proposed economic benefits of digital money, not all are convinced. Critics believe the economic move is a governmental attempt to alleviate Ecuador’s dependency on the U.S. dollar, which became the country’s currency after Ecuador was forced to leave behind its own currency, the sucre, in 2000.

For information on how Ecuador plans to go cashless click here.