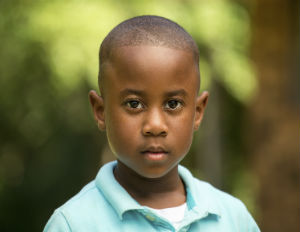 The graph below shows that, on average, a 10 percentage point increase in the share of low-income students in a state predicts a 2.3 percentage point decrease in the share of low-income students scoring at or above proficient on the National Assessment of Educational Progress, the largest nationally representative assessment of student academic progress. A proficient score indicates “solid academic performance,â€ positioned between the basic and advanced levels.

The effects of poverty on student achievement is not inconsequential, as the low test scores of poor students indicate. The national average for the share of low-income students scoring proficient or better is 18%, compared with 48% for the rest of the student population. In states with high concentrations of low-income students, this figure is as low as 7.4%.

While it is difficult to directly compare school quality across states, Connecticut has a school finance formula that relies heavily on local property taxes–leading to more funding for schools in high-value property areas, and lower funding in poor areas–and has been noted as one of the states with the largest achievement gaps between high- and low-income students across a variety of measures.

Bottom line: As the father of a gifted boy advised, assume that your child’s school is providing just the basics, and take responsibility yourself for your child’s education. Augment what your child learns in school with books, projects, and extracurriculars.