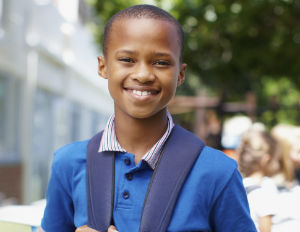 The Hamilton Project shows that state and federal spending helps to equalize per-pupil spending between rich and poor districts. But wealthy communities raise their own funding as well.

Fact 11. Most education spending comes from state and local revenues.

Federal, state, and local education spending for public elementary and secondary schools totaled $620 billion in 2012, the most recent year for which data are available. Since 1960, per-pupil spending has increased by 274%.

Despite increases in the federal share of spending, from 6% in 1990 to a peak of 13% in 2010 and back to 10% in 2012, the vast majority of school funding comes from state and local levels. Local school funding is predominantly raised from property taxes, which make up 81% of total school revenues.

Since wealthy families tend to live in affluent communities, increasing the tax base and revenues for local schools, their children’s per-student spending is typically higher in these districts than in poor districts. As a result, revenues raised for school spending can differ dramatically due to differences in property values and tax rates.

In cases where variations in property values lead to wide disparities in local revenue for educational spending, state and federal funds can serve to offset these differences. Beginning in the 1970s, many states reformed their school finance systems to address this inequality.

Often reacting to mandates from courts that found local finance systems unconstitutional, states have moved away from funding based primarily on property taxes and have implemented state aid formulas that direct more money to low-income and low-tax-base school districts.

Once state and federal spending are included in the example of Texas school districts above, the gaps are reduced dramatically: Total revenues per student in Fort Sam Houston are $14,640, compared with $15,607 in Alamo Heights.

But that’s not the end of the story, of course. Wealthy school districts supplement state and federal funding with their own fundraising–which can be substantial. Robert B. Reich, a professor of public policy at the University of California, Berkeley, wrote in a 2013 New York Times article that some school foundations raise millions of dollars. And the donations are tax deductible. Poor school districts don’t have such foundations.