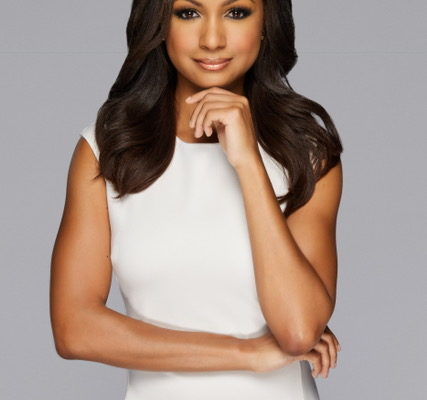 With the poise of a pageant queen and a profound command of politics and law, there is no wonder why Eboni K. Williams has become a rising star in broadcast media. After years of serving as a legal and political contributor on FOX News Channel (FNC) and HLN, the 32-year-old Harlem resident received the biggest break in her career in May when she was offered a multi-year contract to co-host The Fox Specialists, a nationally syndicated prime-time show on the FNC. The show launched just days after Bill O’Reilly was forced to resign from hosting The O’Reilly Factor—one of highest-rated television shows in the history of cable—due to damning allegations of sexual harassment. Forced to restructure its weeknight lineup, FNC decided to take a chance on The Fox Specialists.

However, Williams’ big break in media didn’t end there. Weeks later, she became the first African American woman to host a talk show on WABC Radio on a new show with legendary personality Curtis Sliwa. To top it off, Williams launched her own communications firm in January and released her first book Pretty Powerful: Appearance, Substance, and Success, in July.

Despite her success in the industry, Williams did not originally aspire to work in news media. She earned a B.A. in Communications and African-American studies at the University of North Carolina at Chapel Hill and ran for Miss USA, ending up as the first runner-up in North Carolina. Later, she went on to earn a law degree from Loyola University New Orleans College of Law and began working as a public defender and then for a private practice. However, her interest in media sparked after she was invited to make a few guest appearances on Los Angeles’ KFI AM640. Her legal chops impressed the station manager and she was eventually asked to host her own show. From there, she began working as an unpaid correspondent for Fox News for two years.

Now, years later, the former Democrat-turned-Independent uses the skills she acquired in law school and as a pageant queen to foster her career in the news industry. Even when people don’t agree with her politics, there’s no denying the strategy and technique she uses to present strong and persuasive arguments, just like a lawyer with the presence of a beauty queen.

In an interview with Black Enterprise, Williams opened up about her journey from a trial attorney to a media personality and business owner. She also shared insight on why working professionals should utilize traditional media platforms to elevate their career or business. “Most people ‘see’ media personalities but never understand the business model behind turning a few guest appearances into a full-fledged monetized business,” she told BE in an email.

The Interview with Eboni K. Williams

How has working in media expanded and/or helped your brand, company, and career as an attorney?

Eboni K. Williams: The single most important quality of any attorney is credibility. Appearing in mass media (television and radio) has been incredibly helpful in expanding my brand as a premier attorney because only a handful of individuals observe you in action in the courtroom, but millions of people tune into these television and radio shows. In those segments, I’m afforded an opportunity to display my knowledge of the law, my understanding of the criminal justice system and fundamental grasp of our Constitution. In those few minutes on-air, I’m able to showcase my credibility as a powerful advocate for the people and attorney at law. I receive countless emails from individuals and families across the country seeking my legal counsel and representation all because they’ve been exposed to my legal mind and abilities on-air.
What advice would you give someone looking to expand their brand and capitalize from media opportunities?

The first piece of advice is be prepared! Media is great, but the intimidating part is that media lives forever. In the social media age that’s more true than ever before. Once you say it on radio or television, it’s very difficult to walk it back, and viewers and listeners hear/see EVERYTHING. Therefore it’s critical that before you go on-air conveying a fact or opinion, it’s well researched and thought out.

In this current climate there is a lot of talk about “alternative facts” and “fake news,” but I assure you reasonably minded people still know facts are facts and you always want the trust of the audience and to keep your credibility intact. Is not about being “perfect” on-air, but it’s about being genuine and prepared before each appearance.

What are three best practices that you share with your clients of your communications firm, Compelling Communications, to strengthen their communication skills during a media appearance?

Every show host (and thus their audience) is different. Customizing your messaging and delivery based on the tone and temperament of the host is critical. Also, when booked for a show ALWAYS find out who else you will be on panel with and do some basic research on that person so you’re familiar with their take and energy. And the time on day you’re on-air matters. How you present to a morning audience is totally different than the way you want to come across in prime time.

[Second:] Be selective about your topics

Even in the beginning of your media journey you don’t want to be so thirsty for air time that you take any and every segment. I learned this one the hard way. Some segments are purely fool’s errands. Before agreeing to appear on a show, ask yourself if speaking on the assigned topic benefits you, your brand, or company. If not? Skip it. The producers will call you for something else, or even if they don’t you did yourself a favor by not going on-air speaking about something you don’t know about or don’t care about.

[Third:] Lean into your personality

The best asset you have is your uniqueness. Oprah always tells the story of the beginning of her career when she tried to emulate Barbara Walters and how that was an epic fail. It was when she shed the impersonation act and let her individuality shine through that she changed media forever and became an icon. If leaning into who YOU are worked for Oprah, it will work for you. It’s certainly worked for me.

Why is traditional media (TV and radio) still an important resource for entrepreneurs and those trying to expand their brand?

Obviously digital is the medium of now and the future. It’s fast and fun. But in this moment, television and radio are still essential from a business standpoint. We still haven’t mastered how to monetize digital media and until we do, the advertising component of traditional media is still king.

Also, radio is still the most intimate form of media in my view. With radio, it’s just you and a microphone, no distracting visual so the messaging is pure. And with callers, etc., there is such a personal connection to people and that’s what media and communication is all about. I don’t think radio will ever die.

Earlier this year, you launched The Power Within Tour to inspire inner-city youth to follow their dreams. What career advice do you typically share with these students?

My chief piece of career advice that I share on “The Power Within Tour” is be excellent in the classroom so that you preserve all of your options. When I was in middle and high school (and law school for that matter) I didn’t even know a career as an on-air legal expert and host even existed. But when the opportunities to explore this career presented themselves to my I was able to capitalize on them because I had the grades and academic credentials. My mother always insisted upon excellent grades for that very reason. She knew that I might change my mind around what I wanted to do with my life, and even though she didn’t get to finish college she REALLY wanted every professional door to be open to me. Classroom excellence was key to having “options.”

Quick story on that. When speaking to the students at Christian Fenger High School on the Southside of Chicago I met a very precocious young lady. She was very inquisitive and she informed me that she was a senior. When I inquired about where she would be attending college, her teacher jumped in and said “she’s No. 1 in the class, she has options.” Case and point.

What can people look forward to in your book?

I’m so excited to share this book with the world and my community in particular. They will see my personal narrative unfold alongside the stories of many other powerful women that share their experiences of navigating the professional world while considering (or in some cases dismissing) their appearance as they ascend to power. “Pretty Powerful” features insight from Desirée Rogers (former Obama White House Social Secretary) and (OJ Prosecutor) Marcia Clark to name a few. But what I’m most excited to share is my in depth and personal analysis around sexual harassment. As a women employed at Fox News network, I’m uniquely positioned to speak to this issue in this moment and I’m ready to dive deeper into this much needed national dialogue. Why did you title your book Pretty Powerful?

I had to fight for that title. My publisher was worried that naming the book Pretty Powerful would undermine the seriousness of the topics and people in the book. I asserted that that was exactly the stigma I was fighting against. No longer should women feel shamed around asserting pride in their appearance while they simultaneously exert power in the workplace. Pretty Powerful: Appearance, Substance, and Success fit perfectly. 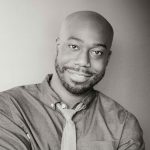 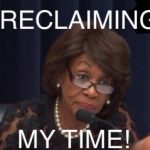 Career Lessons from Auntie Maxine: Reclaim Your Time Like A Boss