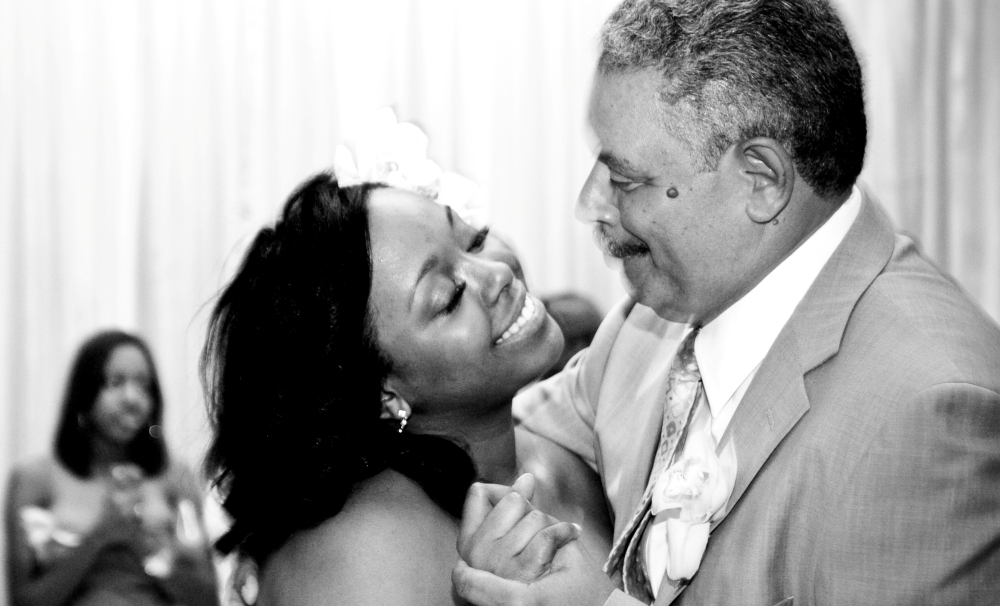 I see the smirk on people’s faces when I tell them I’m a daddy’s girl, like what I just said is code for “spoiled little princess.” They’re expecting a woman who’s high maintenance, impossible to please, and who thinks the world should be handed to her on a silver platter because her father always gave her whatever she wanted.

Well, I’m not like that at all—precisely because I am a daddy’s girl.

Yes, my dad thinks the world of me. And he tells me so every chance he gets. He’s generous with both his praise and his affection. And now that he’s a little older, he’s letting his sensitive side show and has started writing me poems again (something my mom said he did when I was a baby). I can’t tell you how sweet it is to open up an email and read his carefully chosen words celebrating my latest birthday or my new promotion. But instead of making me arrogant or self-centered, his adoration has made me confident and sure-footed. He’s sent me out into the world wrapped in the security of his belief in me.

Yes, my dad would do anything for me. In college, just months after getting my driver’s license, I got into a car accident. I was physically fine but very shaken, so my parents hopped in the car and my dad drove the eight hours from Brooklyn to Chapel Hill to be there for me. That’s just one of hundreds of examples. But instead of making me reliant on him, his selflessness has made me self-sufficient and, sometimes fiercely, independent. Though I’m quick to flash my mother’s disarming smile, people know I can hold my own as soon as they meet me. Every workplace—and especially a newsroom—has a jerk, a creep, a bully. Navigating them has never been an issue for me, though, because if my father didn’t speak to me that way, you most definitely will not. It’s true that a father’s actions show a girl how she should be treated.

Yes, my dad has always been protective of me. I never went to a high school dance or friend’s party without Daddy dropping me off and picking me up, making sure someone’s parents would be around. But instead of making me play it safe, his nurturing has made me fearless. I grew up pretty sheltered, in a strict, immigrant family. Without his insistence, I would’ve missed out on those parties, and my first sleepover, and my 4th grade camping trip. He’s the one who reminds me to relax, to spend some of my hard-earned money, and to make time for fun. He’s the one who encourages me to take risks. And he’s the one who reassures me that I can handle the outcome—whatever it is.

So this year I’m thanking my dad with some carefully chosen words of my own. And I’m letting all the fathers out there know that the best daughter you can raise is a daddy’s girl.

Alisa Gumbs is the executive managing editor of Black Enterprise

[VIDEO] A Day in the Life of U.S. Army Basic Training