Dying for the Promise of Perfection - Black Enterprise

Lying in agony on an operating table, Lisa Espinosa, 43, was certain she was minutes away from death.

The promise of inexpensive cosmetic surgery lured her to the Dominican Republic in April 2004 where a physician in a makeshift operating room performed breast augmentation surgery, a tummy tuck, and liposuction, during which Espinosa contracted a virulent infection.Â  Instead of recovering, the feverish and seriously ill Espinosa, a clinical grant manager of infectious diseases at the Hospital of the University of Pennsylvania in Philadelphia, was told she would die if she didn’t get a blood transfusion.

The news sent waves of fear through her body. Unsure if the blood she would receive on the island would be free of life-threatening infections such as HIV, she initially refused the transfusion but later reconsidered. “I thought about being sent home in a box and what that would do to my mother and children. I gave my verbal consent and shortly afterward lost consciousness,â€ she says.

But sadly, the nightmare was only beginning. Years later, during surgery to repair the extensive damage to Espinosa’s breasts, her doctor discovered a litany of blunders: the removal of a healthy gland, severed nerves, multiple stitches embedded in the breast tissue, incorrect placement of her nipples, and the aftermath of an infection due to the use of unhygienic instruments, which caused significant buildup of scar tissue because the blood supply had been severed. “The inside of her breasts looked like the inside of a trash can,â€ recalls Dr. David Watts, the Vineland, New Jersey-based plastic surgeon who performed Espinosa’s reconstructive surgeries.

Espinosa would eventually undergo three painful reconstructive surgeries——the last one in March 2008——to repair the damage from the first faulty surgery. All told, it took her more than four years to fully recover from the ordeal. Unfortunately, her experience is not unique. Hers is among the innumerable cases of botched plastic surgery suffered by the hundreds of thousands who cross the U.S. border into countries such as Mexico, Panama, Thailand, Brazil, and Argentina looking for discounts. Doctors treating these patients have reported life-threatening infections resulting in amputation, massive body cavities, breast deformity and misalignment, damaged or severed nerves, scarring, and facial immobility. Unfortunately, African American and Latino women are increasingly afflicted. 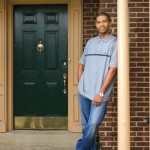