The Heat is on! Former NBA champion Dwyane Wade isn’t sitting at home enjoying retirement. According to Variety, Wade has inked a comprehensive, multiyear agreement with WarnerMedia, which will see him taking on several new roles across the media company’s portfolio.

“I’m thrilled and grateful to be joining the WarnerMedia family with many exciting opportunities ahead,” said Wade in a press release. “I have great respect for TNT’s team of analysts and their longstanding commitment to quality sports coverage. After 16 seasons in the NBA, I look forward to connecting with my fans in this new role and bringing my own perspective to the game I love.”

“Dwyane is a special talent. He’s a transcendent star with a charismatic, engaging, and thoughtful personality on and off the court,” said Jeff Zucker, chairman of WarnerMedia News and Sports. “We’re thrilled to welcome him to the WarnerMedia family, and we could not be more excited to partner with him on these special projects.”

As part of his Turner Sports role, Wade will be a basketball commentator, making appearances at TNT’s tent pole NBA events and as a regular analyst for the network’s Tuesday night studio coverage, appearing alongside analysts Shaquille O’Neal and Candace Parker. Wade will also make studio appearances at the NCAA Final Four and National Championship, as part of Turner Sports and CBS Sports’ combined coverage of the event.

In addition to his role as an on-air commentator, Wade will contribute as creative director on a number of special projects for Bleacher Report, the leading sports destination for millennial and Gen Z sports fans. Wade and B/R will explore new and unique ways to further advance the connection between sports and culture to generate custom content experiences that resonate with young, passionate fans.

Wade is a retired three-time NBA Champion and 12-time All-Star selection. In 2004, he created the Wade’s World Foundation, which provides support to various educational, health, and family service programs, in particular, those that benefit underserved communities in Miami and his hometown of Chicago. In 2011, Wade was appointed to President Obama’s Fatherhood Task Force. In September 2012, he became a New York Times best-selling author, with the release of his first book, A FATHER FIRST: How My Life Became Bigger than Basketball. 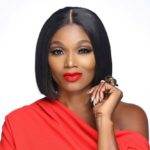 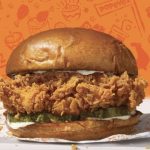