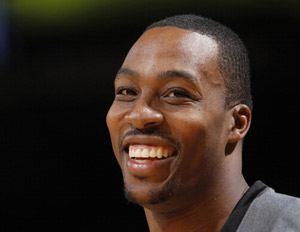 Orlando’s Downtown Development Board/Community Redevelopment Agency also recognizes Howard’s importance as they support the “Stay Dwightâ€ campaign. In fact, the Downtown Orlando Website states, “Dwight Howard is huge for our economy and to lose him would leave the city stunned.â€ This wouldn’t be the first time the Magic have lost a superstar due to a trade. In 1996, rising star Shaquille O’Neal left town and went on to win three NBA championships with the Los Angeles Lakers and one more with the Miami Heat. “Rooting for the Magic seemed pointless after Shaquille left,â€ said Chris Humphries of SportsChump.net. “It was a long time before we had anything good to cheer about again. The same can be said about a Dwight-less Magic.â€

However, NBA Commissioner David Stern says O’Neal’s departure from Orlando is an example of how the city can fare well if Howard leaves. “I remember there was this other large person, now a television commentator, that once left,â€ Stern said to the Orlando Sentinel. “And I think that I saw Orlando blossom and thrive and build a new arena… so I think this is not a life-threatening event when players move. It depends upon who replaces them and how the community rallies around them.â€

If Howard does go, Orlando’s economy will still be centered on its main cash cow, Mickey Mouse. Walt Disney World and its related businesses in Florida have generated an estimated $18.2 billion a year in economic activity and one out of every 50 jobs in the state, according to a study released by Walt Disney Parks and Resorts. But with Disney approximately 22 miles from Downtown Orlando, business directly surrounding Amway Center may still suffer. “We can get nights after games where it gets very busy from Magic fans,â€ says Patti Schmidt, owner of The Dessert Lady, a sweets shop on Church Street just one block from the Amway Center. “Before the Amway Center opened, things were pretty bad. Now it’s thrilling for us to see people coming downtown to the shop again.â€

A city that may be able to console Orlando on the issue of superstar departure is Cleveland, Ohio. At one point former Cavaliers‘ superstar, LeBron James was described as a “one-man economic engine that drives the lane, fills the bars and puts Cleveland on national TV,â€ by the Cleveland Post Dispatch. When James departed, it was estimated $48 million of Downtown Cleveland’s economy would go also. Schmidt has brighter hopes for her hometown: “I’m not going to go there and think that Downtown Orlando will become some desolate desert town if Dwight Howard left.â€ 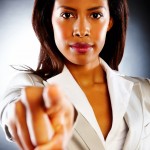