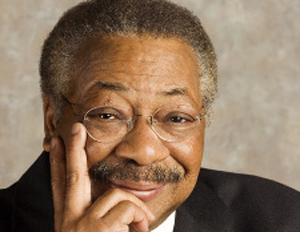 According to reports, Rutgers University professor and Newark, N.J., historian Clement Price, Ph.D., died Nov. 5 after a stroke he had on Sunday. He was 69.

Newark Mayor Ras Baraka said the city was “in shock and mourning.”

The historian leaves an exemplary legacy in education and the arts. He attended college at the University of Bridgeport in Connecticut, and came to Newark after in 1967 and studied the city as a graduate student. He earned his Ph.D. at Rutgers, and is reported to have always had a knack for history, even as a child.

Price was an author, founding director of the Institute on Ethnicity, Culture and the Modern Experience at Rutgers, African-American scholar, and one of the state’s most prominent figures on black New Jersey history. He is survived by his wife, sister, brother, and his beloved Rutgers students.

In January, he was named the city’s official historian and chairman of Newark’s 35th anniversary celebratory committee. President Obama appointed him as the voice chair of the Advisory Council on Historic Preservation in 2011.

A wake will be held at Newark’s Bethany Baptist Church at 275 West Market Street on Nov. 13, according to NJ.com, and his funeral will be held Nov. 14 at 11 a.m. at the church.