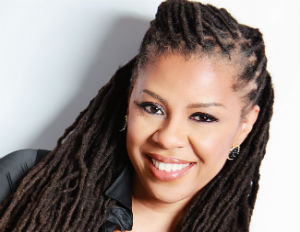 Of all your many professional accomplishments, of which are you the most proud? Which have contributed the most to the woman you are today?

I’m fortunate that I built a career doing what I love. I’ve engaged in work that is meaningful to me, and work that I truly believe, makes a difference. But what I’m most proud of has been my segue to entrepreneurship. I’m the daughter of a man who had to quit school after only a third grade education in order to help his family in the fields. When faced with the tragic death of his father, he took on the responsibility of being the primary breadwinner for his mother and seven siblings. Understanding fully the limitations of sharecropping, he started his first business at the tender age of 14. By the time I came along, he’d built a thriving lumber company, employing each of his brothers and more than a dozen additional community members in the process. The business also allowed him the ability to continue to support his mother until the day she died. Inspired from that example, I knew that one day, I wanted to carry on the legacy of entrepreneurship that my father so valiantly embodied. I’m proud to say that in my own way, I’ve made that aspiration a reality.

What is your best advice for women who are desirous of taking on greater leadership roles, but hesitant because of lack of experience or confidence?

First know that you have the ability to make your ambition real. Observe the path to leadership that others took in your area of interest. What credentials did they have? What experiences did they collect along the way? And what relationships were central to their success? Use those observations to craft a career plan. Attach time limits to each component of that plan and then commit to implementation. If there are gaps between the experiences that you have now and what you’ll need to get there, then fill them. If there are relationships you need to develop to get you where you want to go, then start building those relationships. Overtime, the accumulation of the right experiences along with the development of the right network, and your willingness to express your ambitions to the right people, together will help to open up the doors of opportunity for you to lead.

As a woman leader, how would you describe the socio-cultural significance of a woman running for president?

First and foremost, it’s time. There have been 70 women presidents or prime ministers throughout the world. So in many respects, America is significantly behind when it comes to having a woman serve as Head of State. As a result, the socio-cultural significance of having a woman serve as a serious contender for the presidency is huge. It denotes a country that has finally reached the level of maturity necessary to broaden its perceptions of what a leader could and should be. And for girls specifically, it makes a little bit more real the notion that there are no limits to what they can achieve.

Where can readers find your book and keep up with your latest musings?

Readers can find my book, which will be released on March 15, with pre-orders available for both the Kindle and print versions at Amazon.com. They can also join me at AvisJonesDeweever.com to download a free Career Vision and Action Guide as well as get more information on success in career and life. In addition, readers can connect with me on Twitter @SistahScholar.

Karima Mariama-Arthur, Esq. is founder and CEO of WordSmithRapport, an international consulting firm specializing in professional development. Follow her on Twitter: @wsrapport or visit her website, www.WordSmithRapport.com.