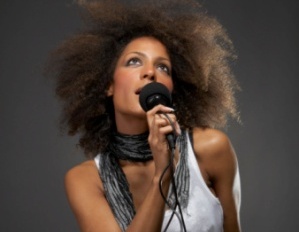 Love or hate her, no one can deny that Lady Gaga is as enterprising as she is entertaining. The eccentric icon has a record 10 million Twitter followers and a whopping 30 million plus Facebook friends–maximizing social media in a way that few have. Gaga sold 1 million of her new album, Born This Way, the first week it was released, marketing it on platforms like FarmVille and a mobile game app, Born This Way Revenge. Now, the savvy entertainer is creating a new social media platform, Backplane, a network specifically for artists and celebrities looking to build their own brands through social media.

But to be even a fraction as successful as Gaga, today’s fledgling artists need more than just a Facebook fan page and Twitter handle. As part of our continuing coverage of the business of music for Black Music Month, we asked Social media strategists Wayne Sutton, who writes technology blog SocialWayne.com, and William Moss, founder of Lee Moss Media HBCU Connect, the largest historically black college online social network, to share the do’s and don’ts of promoting you and your music online.

DO
Engage and Reward Fans
Sutton says exclusive performances and perks keep fans and followers dialed-in. “A couple things that we’ve seen a lot of artists do recently is live shows on UStream or LiveStream.com,â€ he says, citing Snoop Dogg as one example of an artist who regularly hosts live chats on UStream.

He also recommends showing appreciation for supporters, interacting through social media. “There [are] tools now where we can reward fans for attending the shows and then reward them with virtual goods–you can work with platforms like FourSquare,â€ Sutton says.

Mobilize Fans
Both Moss and Sutton suggest using fan-based campaigns. But before doing that, both say indie artists must target and mention who they want to work with.

“Do some research to see who are some other members of their label who are actively using Twitter,â€ Sutton states. “I may start something where I talk with my fans to have them to reach out to the label to say ‘oh, you should sign this artist, you should work with this artist, because they’re awesome’.â€

“If people make the demand known and people hear it enough, and it’s not just coming from the artist–it’s coming from a large following of people–then people see dollar signs, and then they take action,â€ he says.

Set Yourself Apart
A band from Washington D.C., the Bluebrain, released their album as an app via iTunes. But this is no ordinary app. Listeners can only play the music in a downtown D.C. park called the Mall. Each song on the album-app coordinates to a different part of the Mall. If you stand in different spots in the park, different songs will play. Sutton says unique innovations like this are dynamic marketing tools that make performers memorable.

Stay Relevant
Relevance, says Moss, is paramount. With so many messages coming from so many different platforms, he says, it’s important that entertainers marry their messaging to their music.

“One of the dangerous things about Twitter is it can get pretty irrelevant pretty quick,â€ Moss says. He encourages music artists to stay away from minute-to-minute personal messaging. Fans want to know when the next performance is; not what you’re having for lunch.

Read the DON’Ts on the next page