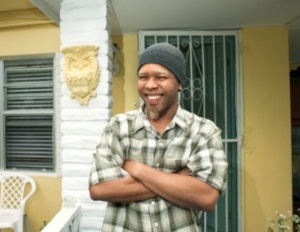 On Monday, Investors.com ran an article “Smoking-Gun Document Ties Policy to Housing Crisesâ€ by Paul Sperry.Â  This article attempts to blame the government’s housing polices,Â  the Community Reinvestment Act (CRA) requirements and minority and low-income borrowers for the housing crisis.Â  How unfortunate and how unfounded! To be crystal clear, I wholeheartedly support personal accountability and the individual obligation to manage one’s finances responsibly. The facts, however, should never be ignored.

The historic and proven pattern of discrimination over in the ability of minority applicants to obtain conventional mortgage financing is NOT a myth, nor is their in-ability to single-handedly bring down the US Housing market!

Accompanying this is the evaporation of approximately $198 BILLION in generational wealth amongst the minority communities where these foreclosures have and continue to occur—and that includes minority neighborhoods across the income spectrum.Â  Home ownership had been the manner in which most ordinary Americans, the 99% of us, have accumulated generational wealth over the last century.Â  When a segment of the population is systematically and repeatedly denied access to this wealth building mechanism, action must be taken if this in in fact the United States of America where everyone is supposed to get a fair shake.

Fact: The OCC implemented the “Comparative Denial Analysis” process for FDIC insured banks whereby, declinations of minority applicants were compare to marginally approved non-minority applicants who were similarly situated regarding assets, ratios, down payments, etc. The author could have read the results of some of these relevant reviews and related findings to add balance to his article.Â  The author of this article also ignores the history that has set the course for affordable and minority households in this arena.

One quick example of the factual history is that for many affordable households, the only credit available prior to, and thru the beginnings of CRA, was high-priced finance company credit due to the initial evacuation of traditional banks from the inner cities. Finance company credit had been treated at one time by the credit scoring models as a red flag indicative of one’s inability to obtain credit from traditional lending sources—hence making that individual a higher credit risk, i.e. lowering scores…only one example of the little discussed yet relevant history. Are you following me?

To debased and blame the government for insisting on equal treatment is amusing. In his article, the author states “The study (Boston Fed 1992) did not take into account a host of other relevant data factoring into denials, including applicants’ net worth, debt burden and employment record…” He did not balance the observation with any observations of marginally approved and similarly situation non- minorities borrowers. In fact, the empirical data has shown that mortgages made under CRA throughout the 2000’s were better underwritten and have better performance than the sub-prime loans driven by pure market concerns.

Responsible lending to minorities across ALL income spectrums and to affordable households is smart lending. Forcing bad, and in some cases improperly disclosed, loans on these families is inexcusable. Blaming the government, Red or Blue, in this particular scenario does not appear to be supportable.

The opinions expressed in this article of those of Ingrid Beckles.

5 Terms That Have Lost their Worth in Corporate America 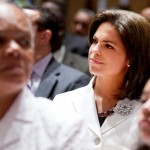 In the News: Soledad Oâ€™Brien Returns to CNN Mornings; Senate Blocks Another Part of Obama Jobs Plan and More