The promotion puts Thompson, who was named Black Enterprise Corporate Executive of the Year in 2007 and a top BE Executive in 2009, as next in line to likely succeed CEO Jim Skinner, according to analysts. Thompson replaced Ralph Alvarez, who retired last month for health-related reasons.

Thompson, 46, who has a degree in electrical engineering from Purdue University, began his career at McDonald’s in 1990 as a restaurant systems engineer. Since then, he excelled in a slew of positions that have one common thread: They performed better from a business and financial standpoint after his arrival. He did it by focusing on quality not quantity, expanding menu offerings, and improving customer satisfaction and efficiency.

“Don Thompson has done an outstanding job leading our U.S. business, and I am confident he will bring the same energy and innovative thinking to his new global role as president and chief operating officer,â€ said CEO Jim Skinner. “Don’s U.S. leadership experience, combined with the great record he had as executive vice president of our global restaurant systems group, uniquely qualifies him for this next important responsibility at McDonald’s.â€

Ironically, Thompson initially had no desire to work for the golden arches. After graduation, he landed a job designing radar jamming systems for fighter planes as an engineer specialist with Northrop Corp. in Rolling Meadows, Illinois. But after rebuffing the company, he eventually went for an interview and has now made history.

Thompson is also on the board of directors for Exelon Corp., Johnnetta B. Cole foundation, serves on Chicago Mayor Richard Daley’s Task Force on the Employment of People with Disabilities. He is a member of the Executive Leadership Council and serves as a mentor on the importance of being a leader in their community.

Thompson and his wife Liz have two children and lived in the Chicago area.

Alan Hughes contributed to this article. 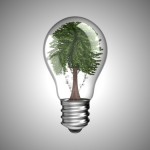 Getting the Green Conversation Started