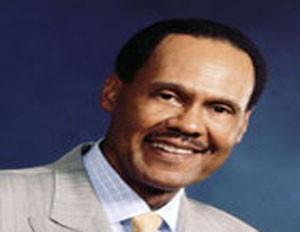 Whether you heard the news via TV, radio, word of mouth or while surfing the web, Don Cornelius‘ death early Wednesday was nothing short of shocking. Before current network mainstays like MTV and BET there was Soul Train, and the producer and television host’s signature voice and style propelled the show into longstanding success. Those close to Cornelius are saddened by the loss and reminiscing on times spent with the cultural icon.

BlackEnterprise.com reached out to business tycoon Don Jackson about the loss of his close friend. Here’s what Jackson had to say:

Our heartsÂ are deeply saddened by the news of Don’s passing. We have lost a pioneer in the field of television and music, who opened doors for African Americans in the television industry with the longest running weekly series in television.

Both Jackson and Cornelius got their start in the entertainment and broadcasting industry at Chicago’s WVON. Post-radio, the two ended up working together on the Soul Train Music Awards. Â “I was pleased to have worked closely with Don on launching the Soul Train Music Awards with the support of the Tribune Entertainment Company, which took a chance on the show to air it live and in primetime.â€

The chairman and CEO of Central City Productions (CCP) went on to say, “I have lost a dear friend. May we always remember Don’s invaluable contributions to the world through all of the Soul Train properties, which included the Soul Train weekly series, the Soul Train Music Awards and the Lady of Soul Awards. Â As always, in parting, I wish Don ‘Love, Peace and Soul’.”

Americaâ€™s Devotion to Gas and iPads

Super Bowl XLVI: Is the Real Game Online or On the Field?