Diversifying the Field of Engineering 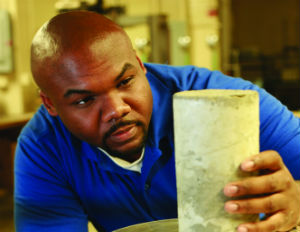 The National Action Council for Minorities in Engineering–better known as NACME–may hold a key to one of Silicon Valley’s most highly publicized and seemingly intractable problems: its pervasive lack of diversity. The nonprofit, founded 41 years ago as a scholarship organization, is partnering with Hewlett-Packard to set aside funds for minority students who study computer science or software engineering.

Working with Silicon Valley is just one of NACME’s recent developments. Led by Irving Pressley McPhail, Ph.D., NACME also recently won its first National Science Foundation grant. The organization is the largest private provider of scholarship support to underrepresented groups–African Americans, Latinos, and Native Americans–in engineering education. Since its founding, NACME has provided $142 million in scholarships to 24,000 students of color. And NACME scholars outperform their peers: They have a 79% six-year retention rate to a degree (and a GPA of 3.233). Engineering students in general have a six-year retention rate of 62%; minority engineering students that are not in NACME have a retention rate of 39%.

[Related: The Case for Coding in School Curriculum]

Engineering is a critical field that the U.S. Bureau of Labor Statistics projects will enjoy robust job growth. According to a 2012 post on Forbes.com, of the 15 most valuable college majors in terms of pay and job opportunity through 2020, engineering majors make up one third. The No. 1 major? Biomedical engineering; software, environmental, civil , and petroleum engineering majors were all in the top nine.

Yet African Americans make up only 3.6% of the engineering workforce and 2.6% of engineering faculty, despite constituting 14.8% of the U.S. college-aged population.

To accomplish its mission of diversifying the field of engineering, NACME employs a four-pronged strategy: pre-engineering, research and program evaluation, and engineering public policy, in addition to scholarship support.

NACME recognizes that developing the strong math and critical thinking skills that engineering requires has to start early. The organization has developed a set of materials that introduce middle school students to engineering–that explain what engineering is and why it’s exciting, asking, Have you ever wanted to build a mobile phone or design a high-tech car? The materials explain that, if you have, engineering may be the career for you. They also point out the courses that should be taken and focus on parents, kids, and middle school guidance counselors.

At the high school level, NACME has partnered with two other renowned national organizations: the National Academy Foundation and Project Lead The Way. “We’re involved in an important initiative designed to open academies of engineering across the nation,â€ says McPhail, president and CEO of NACME since 2009.

Regarding NACME’s public policy strategy, McPhail says ,”We try to take our message to Washington, to make certain when the Congress and others debate issues of U.S. competitiveness that there’s a clear recognition that America can never reach and maintain its cutting-edge posture in STEM unless there is a concerted effort to bring more underrepresented minoritiesâ€ into the field.

Yet, according to data from the Bureau of Labor Statistics, by 2020, 50% of STEM jobs are projected to be in computer science related fields. So NACME is partnering with Hewlett-Packard to build a pipeline for underrepresented groups in computer science.

“Hewlett-Packard, a longtime member of the NACME board–David Packard was an original co-founder of NACME–is walking with us in a project called Go West,â€ says McPhail, “an initiative led by Hewlett-Packard designed to get NACME in front of Silicon Valley, which had recently been trying to hire minority workers. NACME can be a solution to their conundrum. Led by executives at Hewlett-Packard and others with my own internal NACME staff,â€ Go West has the goal of getting NACME to increase its financial support for underrepresented minority students who major in computer science, software engineering, and computer engineering, McPhail says.

For more information about NACME, to download its materials for middle school and high school students, or to access its extensive research briefs, go to www.nacme.org.