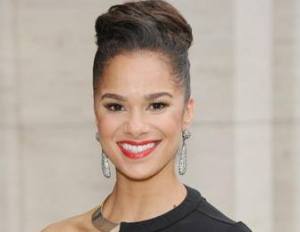 “A Ballerina’s Tale,â€ a documentary about African American ballet soloist Misty Copeland, will make its debut on Sunday, April 19, 2015 at the Tribeca Film Festival. Recently named one of “Time Magazine’s Most Influential People,â€ Copeland, a rarity in the ballet world, is simply unstoppable.

Despite barriers like racism, rejection and toe-crushing exercises, the trailblazer succeeded as the first African American female in two decades to earn the position of Soloist with the American Ballet Theatre. “As a dancer, when you’re put in front of the spotlight and an audience, it is a subjective art form. Not everyone is going to like you,” said Copeland during an interview with Huff post Live.â€ But it’s hard when you’re being judged for things you can’t control, like the color of your skin, like the type of body that you have.” Copeland’s unlikely rise to stardom proves that nothing in the world can take the place of passion, hard work and consistency.

Black Enterprise caught up with Brooklyn-born writer, masterful storyteller and director Nelson George to learn more about how the much-anticipated film came to the big screen.

How did you learn about Misty Copeland? Why was her story so important for you to bring to the big screen?
It happened by accident. During a cocktail party hosted by TV personality and entrepreneur Bevy Smith, I sat next Misty and found out she was a ballerina. In 2012, I went to see her perform “Firebirds.â€ At the after party event, she told me that she became seriously injured, was about to face major surgery and may never dance again. “The storytellerâ€ in me knew that was a documentary.

After viewers watch the film, what is the one thing you want them to walk away with?
It’s a complicated story, so there is several things people can walk away with. The documentary is obviously about the uniqueness of a black ballerina, but the bigger theme tells the tale of a young woman at the top of her career, performing on stage at the Metropolitan Opera House, is struggling to make it through a very difficult moment. It’s about a woman who could’ve given up but despite her internal pain, she triumphs over adversity. It’s a story that has a great emotional impact.

What’s next for you? What other projects are you working on right now?
My novel “The Lost Treasures of R&Bâ€ is about a character Dee Hunter, he’s a bodyguard in the world of pop culture. He’s dealing with the loss of black culture with R&B as a metaphor.

“A Ballerina’s Taleâ€ at the Tribeca Festival will be followed by a conversation with Copeland and a performance by her protÃ©gÃ©s.