Did Tyler Perry Pull It Off? 'For Colored Girls' Thandie Newton Weighs In - Black Enterprise Thandie Newton admits it wasn’t easy playing Tangie in Tyler Perry’s For Colored Girls, which opened in theaters this weekend and grossed $20.1 million at the box office.Â Her character is a volatile mix of man-eating sex kitten, take-no-mess mean girl and recovering abuse victim. But as one of ten women whose lives intersect in this film adaptation of Ntozake Shange’s 1975 choreopoem For Colored Girls Who Have Considered Suicide/When the Rainbow Is Enuf, the British actress whoÂ co-starred in hits like The Pursuit of Happyness and Mission Impossible 3, holds her own in a star-studded ensemble cast that includes Whoopi Goldberg, Janet Jackson, Kerry Washington and Phylicia Rashad.

In a recent chat with BlackEnterprise.com, the petiteÂ powerhouse talks about the importance of stepping outside of your comfort zone, and how For Colored Girls should easily resonate with women of all backgrounds.

BlackEnterprise.com: How familiar were you with Shange’s play?

Newton: I had no knowledge of the original. I’m British, schooled on that side of the Atlantic. But obviously I just drank it up when I read the script. It reminded me of another playwright: The passion I feel for and through Eve Ensler’s work (Vagina Monologues) is some of the same feelings I have about Ntozake’s work. I love the immediacy, and the messiness, and yet perfection of the way she writes.

BlackEnterprise.com: Any reservations about how Perry was going to pull off updating this classic?

Newton: That it hadn’t been done before meant that we had carte blanche to do whatever, experiment. Tyler wasn’t going to transfer every word on to the characters in the movie, which would have been really quite difficult. He used elements of the poetry. It worked great, but it could have been done a whole number of different ways. Yes it’s a movie. Yes it’s Tyler Perry. It’s one interpretation. It’ll be put on again in six months at some [playhouse] here and there. Maybe there will be another movie one day. We mustn’t be so tied to one filmmaker’s or one director’s version.

BlackEnterprise.com: Do you think this film will earn Oscar nods or box office love like Precious did?

Newton: I have no idea. Tyler has a great track record at the box office. People will go with him. And a lot of these actresses are loved.

BlackEnterprise.com: What can non-black women appreciate about the film?

Newton: Just to feel the exhilaration of expression. All these women express themselves–express their anger, their pain. Speaking your truth, having your story, your suffering witnessed by people is profoundly healing.

See Thandie Newton in For Colored Girls in theaters now. 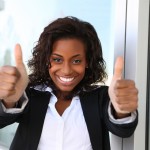