Did They Cause the Credit Crisis? - Black Enterprise 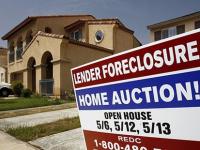 The loud, angry chorus of blame began almost immediately. As big banks and brokerage houses crumbled, and the financial markets spiraled downward last fall, observers searched for someplace–anyplace–to cast culpability. Was it greedy lenders? Lax regulators? Money-hungry Wall Streeters? For some political conservatives, none of those familiar culprits would do. For them, one group played a central role in bringing the entire global financial system to its knees: minorities.

According to most objective experts, the credit crisis unfolded because ballooning home values caused Americans of all colors to take on risky mortgages they couldn’t afford. Banks and financial firms realized huge profits by generating these loans and repackaging them as mortgage-backed securities. The house of cards came crashing down when home values plummeted, defaults escalated, and the underlying value of mortgage-backed securities came into question.

For some, that explanation wasn’t good enough–not when it’s so easy to blame “those people.â€ Indeed, conservatives crafted their very own fact-free narrative, complete with all the familiar bogeymen. Their tale described how supposedly undeserving African Americans kicked and screamed about lending biases, urging the Clinton administration to extend the reach of the 1977 Community Reinvestment Act, which ensures that banks invest in the low- and moderate-income communities where they operate. That prodding, so the story goes, forced banks to loosen lending standards, leading them to create the subprime loan–the very instrument that fueled the housing bubble and destroyed financial civilization as we know it. Never mind that the top-line math doesn’t seem to add up. For instance, African Americans are 13% of the U.S. population, and less than half of black families own their own homes. Many of those who do are either current on mortgages they can afford or own their home outright.

Worse than the accusation itself was how swift and broadly it spread. In September, conservative columnist Ann Coulter penned a malicious essay entitled They Gave Your Mortgage to a Less Qualified Minority. In the piece, she complained about “affirmative action lending policies,â€ and wrote that “under Clinton, the entire federal government put massive pressure on banks to grant more mortgages to the poor and minorities. … Instead of looking at ‘outdated criteria,’ such as the mortgage applicant’s credit history and ability to make a down payment, banks were encouraged to consider nontraditional measures of creditworthiness, such as having a good jump shot.â€

Not to be outdone, conservative radio talk show host Rush Limbaugh insisted that Democrats went too far in their opposition to banks that discriminated against blacks. “So, to extend the American dream to everybody, [Democrats] said, ‘Get rid of redlining and loan money to people that can’t pay it back. That’s the way we’re going to fix it.’ It’s sort of like affirmative action. We’re going to not only address the grievances of the past, we’re going to go so far beyond addressing the grievances, we’re going to create new ones on the other side of the stick.â€ Others got in on the