Detroit to The World: Don't Count Us Out - Black Enterprise 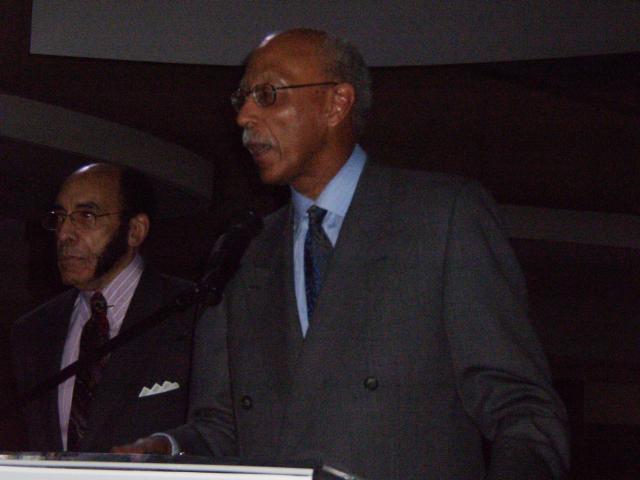 I arrived in Detroit yesterday for the 2009 Black Enterprise Entrepreneurs Conference curious about the psyche of the city. Battered by a crisis of faith in local government triggered by the scandal surrounding former Mayor Kwame Kilpatrick, as well as the economic devastation of the automotive industry that gave Motown its name, it is easy for us non-Detroiters to assume that the city is down for the count. Nothing could be further from the truth.

When Black Enterprise Publisher and Chairman Earl Graves Sr. and CEO Earl “Butch” Graves Jr. announced that we would be bringing the conference to Detroit, it gave many of us at B.E. pause. Then, Mr. G gave us the bottom line: Detroit has been there for Black Enterprise and black business, and we will stand with Detroit in its time of need. Judging from how Detroit received us during welcome receptions to kick-off the conference, that faith will be amply rewarded by the city, both during the conference and beyond.

I attended three events on this, the Entrepreneurs Conference’s opening day. First was a V.I.P. reception hosted by IBM, one of the sponsors of the conference.The focus was not on nostalgia for the past, or the present crisis, but on future opportunities. This was underscored by a review of IBM’sÂ  A Smarter Planet Initiative, delivered by Folu Okunseinde, industry solutions architect for IBM’s Financial Services Solutions Group. Okunseinde, who holds MIT degrees in computer science and electrical engineering and a masters from the University of Texas in Austin (at only 28), held the attention of entrepreneurs eager for solutions as he reviewed the elements of an initiative focused on helping business to exploit the growingÂ  interconnectivity of a dynamic business environment to improve infrastructure and efficiency via the sharing of data and information. It was a conversation about were business is going, not where it’s been, and the entrepreneurs in attendance were fully engaged.