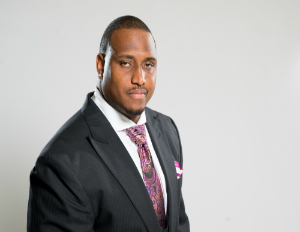 Detroit Lions football player Rob Sims is serious about making sure he has enough life insurance to cover his family in the event of his death. He says the death of his father encouraged him to take a closer look at his own financial situation. BlackEnterprise.com sat down with Sims to learn why life insurance is important to him and why he chose State Farm.

Blackenterprise.com: When did you purchase life insurance?
Rob Sims: I had just made it into the NFL; I purchased life insurance in my rookie year with the Seattle Seahawks right after my father’s death, in 2006. I’ve been with the Detroit Lions since 2010.

Blackenterprise.com: Is life insurance something your parents had discussed with you, or is it something you thought about after your father’s death?
Sims: It was nothing that we discussed before his passing, but I saw how my mother and my sister benefited from it after he passed. And since I am in the position to be making the amount of money I make, I knew it was important to get life insurance in order to sustain my family in the event of my passing. In my rookie year I made around $700,000.

Blackenterprise.com: Why did you choose State Farm for your life insurance plan?
Sims: They are one of the better-known insurance companies. I also had a family friend — his name is James Brown — who had become a State Farm agent around the time I was going into the league. He was always talking to me about the importance of life insurance.

Blackenterprise.com: How much life insurance did you decide to take out?
Sims: Initially, I took out a $1 million policy, but since my income has increased over the years, I added $7.5 million. My insurance agent sat down with me and we went over which expenses would need to be covered if I were to die suddenly.

Blackenterprise.com: Do you and your wife meet regularly to talk about finances?
Sims: My wife is very involved in how we spend our money, and she is aware of what insurance we have in place. Whatever charity events I’m involved in, she attends every meeting. We also have an estate plan in place. If one or both of us were to pass prematurely, we know who would get to keep the children, how much money they’ll receive, which trust it’s going into, and how the trust is set up. We’ve been very diligent about planning for the future. When I thought about how much to leave my children, I thought about myself. If I were 18 years old and my father left me $5 million or $6 million after his passing, what would I have done? I don’t think at that age I would have handled the money correctly. So when it comes to my children, I feel like just leaving them a little bit of money each year is sufficient.

Blackenterprise.com: Where did you learn about money management?
Sims: My mom and dad were good with money. They did the best with what they had, and we lived a good life. But when you go to the NFL and you’re 22 and you make a lot of money, there are going to be people along the way who try to tell you how to do things the correct way, and it’s your job to listen. My financial adviser has helped me make decisions, along with James and my wife. I have a team. There are also workshops on money management that they give to new players in the NFL. But a lot of times the players don’t really listen, especially once the money is in their hands. My parents set a strong example as far as managing money. So when I got in the league, I understood that the money I made was for the future, not just for right now.

Should an Engagement Ring Be Financed?