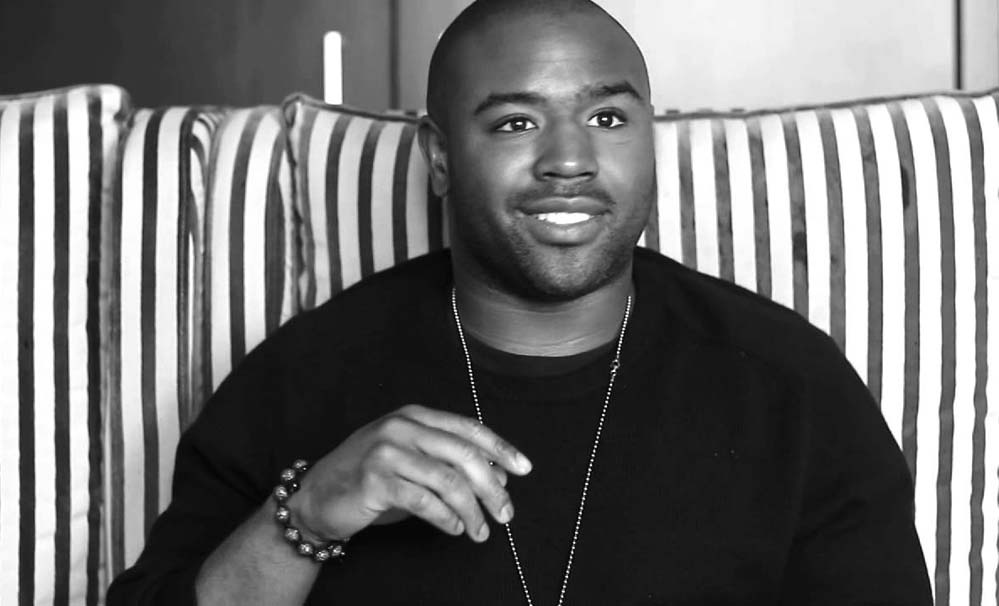 When we first caught up with the rising designer in 2013, his outerwear collection included “recognizable tailored fashions like classic pea coats, a quilted leather hoodie, wool and leather vests, and a biker jacket.” This year, Johnson remained true to his original inspiration of sophisticated fashion with edge focusing on the “shedding of professional body armor – the ubiquitous power suit, in favor of more relaxed, casually-tailored sportswear, like blazers with classic lines, trousers with slightly nipped waists, and overcoats that are comfortable yet have controlled volumes.”

The 2016 line of Italian-made fashion, featured embossed nubuck leathers, luxurious suedes, brushed cottons, natural cashmeres, and high-performance nylons rendered in a bold saturated palette of earth tones, such as loden greens, brush browns, and burgundies, as well as a spectrum of blues.

“I was inspired by the leisure lifestyle of influential men and the historical references to the American West found in their off-duty, sartorial choices,” says Johnson. As a spectator at the show, it only takes a second for viewers to see his vision loud and clear. But in case you missed it, check out the storify recap below.