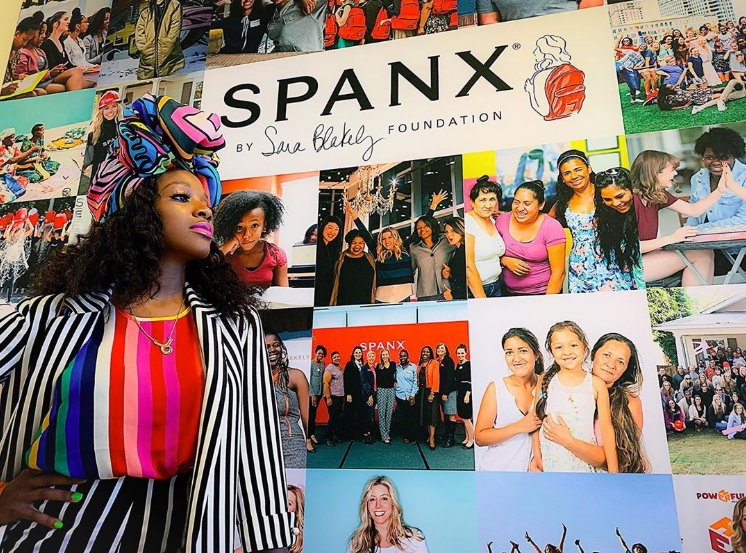 Following your heart can take you far as an entrepreneur. That, and believing in herself and her God-given ability, is what helped entrepreneur Melissa Mitchell land a major deal with Spanx.

Mitchell is the chief artistic designer of her company, Abeille Creations, and a self-taught artist who has been manifesting her dreams of being a leading designer for the last 15 years. In a recent interview with xoNecole, Mitchell shared how her diligence and faith positioned her for greater as a businesswoman.

As an artist and designer, Mitchell’s is known for her signature murals, headwraps, turbans, kimonos, and more. And her work has been featured in ESSENCE, Forbes, Huffington Post, Nike, Sheen Magazine, Art Basel, Ford, The Sister Circle, and VOGUE.

Mitchell always seeks to reach new heights as a woman of power. And as a woman of faith, she believes in divine timing. That is why she applied for the Spanx Illuminate-Her contest after being convinced and convicted to do so by her friends and mentor.

“In 2018, I heard about the Illuminate-Her contest with Spanx. My mentor at the time, Kevin Williams, was looking for some people to sit in for a portrait that was being created. When asked what I was working on, I mentioned that I was waiting on my next big, global deal. When he asked me what I planned to do about it, I told him about the Illuminate-Her contest, and how people kept encouraging me to apply. However, I figured my work was too bright and I didn’t think I’d be ideal for it, but he told me, ‘Well, you never know until you apply.’” Mitchell told xoNecole.

She went on to say, “So, I went home that night—the last day the applications were due. I stood in my kitchen and I prayed. I had one painting in my kitchen, one in my living room, and one in my bedroom. I took pictures of each of them, and those were the ones I submitted. The painting from my kitchen was the one that ended up being selected as the winner, which is what you now see on the new collection. And now, here we are.”

As the winner of the contest, Mitchell landed a global deal with Spanx and The Melissa Mitchell and Spanx Illuminate-Her collection includes the Bra-llelujah!® Illuminate-Her™ Bralette (also known as “Colorful Harmony”)  and the Under Statements® thong.

Spanx says that her bold and Bahamian-influenced designs evoke joy and spark inspiration!

Like many entrepreneurs, Mitchell’s success did not happen overnight. “What you see now is the success that I had been praying for…things that have been on my vision board for the past 15 years. In order to manifest things in your life, you have to have a whole lot of faith and a whole lot of patience.” 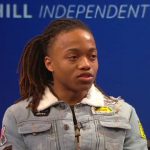 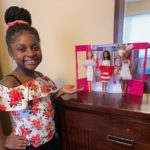