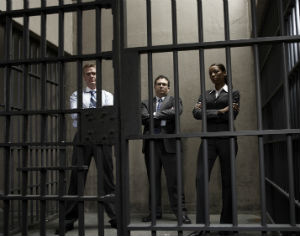 The U.S. Department of Justice will stop contracting with for-profit prison operators. Deputy Attorney General Sally Yates made the announcement, “They simply do not provide the same level of correctional services, programs, and resources; they do not save substantially on costs; and … they do not maintain the same level of safety and security.” She directed the Bureau of Prisons to start terminating or not renewing private prison contracts.

Recent investigations by the DOJ and human rights organizations have found that private prisons are overall less safe and less effective at rehabilitating inmates and reducing recidivism.Â  A 2016 report by the DOJ’s Office of the Inspector General found that privately operated prisons “incurred more safety and security incidents per capita” than comparable prisons run by the government, including higher rates of assault.

[Related: Are There Really More Blacks In Prison Than In Slavery?]

“President Obama took a stand for human rights, transparency, and accountability. We applaud his administration’s actions. But there is still a long way to go before we restore fairness, balance, and human dignity to a criminal justice system that has grown too big, too unfair and too brutal,” said Jessica Jackson Sloan, National Director of #cut50, in a statement responding to the Justice Department’s recent decision to end the use of private prison. “There is still an entire ‘incarceration industry’ that profits from the destruction of lives and separation of families.” A program of The Dream Corps, #cut50 is an organization that links economic, environmental, and criminal justice innovators.

Private prisons sprung up in the 1980s as a cost-cutting measure for federal and state corrections spending. Tough sentencing guidelines were adopted in response to a sharp rise in drug-fueled, violent crimes, which drove up the population of inmates and the cost of housing them, according to the New York Times. Over the years, a handful of companies made handsome profits from warehousing people as cheaply as possible; the top two private prison companies had $3.3 billion in revenue in 2014, an increase from $1.9 billion in 2006, reports the New YorkÂ Times.

“The smartest investments we can make in our future are with evidence-based policies that keep families together and communities whole—education, alternative problem-solving courts, and jobs,â€Â said Sloan, in response to the announcement.

“This is a historic moment. As the Obama administration looks for opportunities to take further action on this issue, we hope they also speed up their clemency initiative and fulfill their promise to the thousands of nonviolent drug offenders currently languishing in prison,â€ Sloan continued.

In light of the DOJ’s decision, Rep. Bennie G. Thompson (D-MS), Ranking Member of the Committee on Homeland Security, sent a letter to the Inspector General questioning DHS’ reliance on private prisons.

How I Do It? The Rise of an Independent Artist