The Democratic Caucus spent most ofÂ this morning in a closed-door meeting to discuss their dissatisfaction with the compromise that President Obama brokered with Republican leadership earlier this week. The president has since then said that he did what he had to so that millions of Americans would not lose their unemployment benefits. But his party isn’t buying it.

“In the [Democratic Caucus] today, House Democrats supported a resolution to reject the Senate Republican tax provisions as currently written. We will continue discussions with the president and our Democratic and Republican colleagues in the days ahead to improve the proposal before it comes to the House floor for a vote,â€ said Speaker Nancy Pelosi in a statement issued before the meeting even ended.

The most egregious component of the compromise is the estate tax, which would exempt the first $5 million of inheritance for individuals, and $10 million for couples.

“This is a deal breaker as far as I’m concerned and most Democrats feel the same way,â€ Majority Whip James Clyburn told Blackenterprise.com. “The administration says this is the best the president could do, but I don’t think so. It benefits about 35,000 households in the country but costs $60-$70 billion, which is unconscionable.â€

Democrats also are angry that Obama cut the tax plan deal without any input from their party leadership. They cannot be told what the decision has been made, but must be a part of negotiating that decision, Rep. Charles Rangel (D-New York), former chair and still an influential member of the powerful tax-writing Ways and Means Committee, told reporters todayÂ while the meeting was still going on. “The executive branch made its decision, but it’s now up to the legislative branch to decide what we should do,â€ Rangel said.

When asked if Democrats were concerned that the Bush-era tax cuts and unemployment insurance would expire during any renegotiating process, Rangel said, “Of course we are concerned, but not so concerned that we have to explain to the generations that follow why the House of Representatives gave up its legislative authority.â€

What You Can Learn From â€¦ Wesley Snipesâ€™ Tax Evasion Blunder 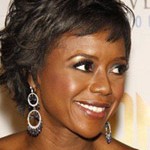