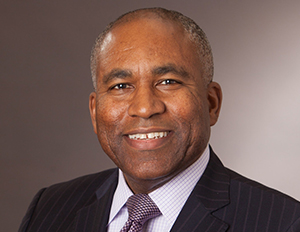 Manufacturer Deere & Company has announced changes to its senior management team. After spending more than three decades with the company, 59-year-old Michael J. Mack is retiring as group president, of John Deere financial services, global human resources, and public affairs. In response, 53-year-old Marc A. Howze has been appointed senior vice president and chief administrative officer, and 45-year-old Cory J. Reed has been appointed to president of John Deere financial.

“As a business leader, Mike Mack acted with conviction and commitment in a manner consistent withÂ John Deere’sÂ core values,” said Samuel R. Allen, chairman and CEO, in a released statement. “His insightful thinking, unpretentious manner, and boundless level of energy have been an inspiration to all of us.”

Howze, who has been recognized amongÂ the top most influential blacks in corporate America, is currently vice president of human resources. It is a position he has had held since October 2012. His responsibilities will now expand to include human resources, labor relations, public affairs, communications, brand management, and security. This position will focus on improved integration of important enterprise functions to drive employee engagement and effective execution of the John Deere strategy.

A native of Detroit, Howze holds undergraduate and law degrees from the University of Michigan and an MBA from Duke University. He joined Deere in 2001 as an attorney. He served in a number of positions in the legal department, including associate general counsel and corporate secretary in 2006. In that position, he was responsible for corporate governance matters, as well as legal and regulatory aspects of Deere’s financial transactions.

He later held positions in marketing, business development, and as a factory manager in 2009 for John Deere Turf Care, where he was responsible for the manufacture of the Deere commercial mowing and golf course maintenance equipment. Howze was later appointed global director of the Cotton Harvesting product line, where he was responsible for business with factories in the U.S., China, and Israel.

Prior to joining Deere, he served in the U.S. Army as an artillery officer and in various capacities as a judge advocate. He currently is a member of the Executive Leadership Council and is on the board of directors for the Thurgood Marshall College Fund.

Related Story: Get to Know the Diversity Executives Leading the Top Corporations

Has a Recent Career Decision Left You Feeling Stuck?

Inventors And Entrepreneurs Can Compete To Pitch Their Products On QVC