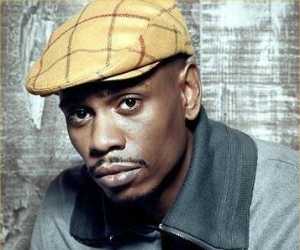 After a 10 year hiatus, rare appearances and an abandoned television show, comedianÂ Dave Chappelle returns to the stage in June for his first major standup act.

Before Kevin Hart fame, Dave Chappelle was easily the highest rated, and paid, comedian in 2005. After bailing out on his massively successful comedy sketch show and its $50 million dollar contract, the comic fled to Africa, sparking rumors of mental disorders and drugs. The comedic genius stayed under the radar for a decade, with no television, radio or podcasts appearances. Chappelle was last taped in 2004 at the Brooklyn block party.

Will you be attending? Do you know where he will be performing?

Find out at Uptown Magazine