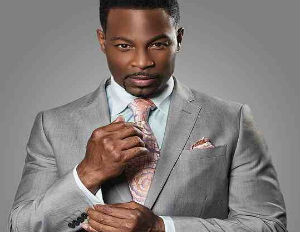 You may recognize actor Darrin Dewitt Henson from some of your favorite television shows such as Soul Food or your favorite films such Stomp the Yard, The Express, or Double Platinum just to name a few. But with 15 years under his belt as a successful actor, Henson makes it clear that he’s just getting started in the game.

With his latest film, I Really Hate My Ex out now on DVD and digital release and his film Chocolate City out this year as well, BlackEnterprise.com caught up with the New York native to get insights on his latest projects in Hollywood, how he’s managed to stay relevant in the industry and what it was like making the transition from an award-winning choreographer to a successful actor.

BlackEnterprise.com: What can viewers expect from your new film I Really Hate My Ex?

Henson: Fun, fun, and more fun. Some people will say it’s a comedy. Some people will say it’s a rom-com. I think some people are going to get emotional about the film because it’s going to spark something inside of them that they may have went through in their breakups or potential difficulties in life. It’s really something that dives into the consciousness of “Am I really happy.” Not, “Am I making him or her happy?” But am I happy with what I’m involved in. I think that Troy Byer, hit the nail on the head when it came to being able to put something in front of an audience that is sitting down and being able to entertain them as well as make them think.

What qualities do you look for in a character before signing on to say yes to a project?

What has been the key to you remaining relevant in the industry for so long?

I feel like I’m just getting started. I mean it’s exciting. I just enjoy what I do. You know 15 years, I’m still a teenager. At 15 it’s not legal to drive yet, so I look at it from that perspective. It’s really about learning and evolving because when I get 18 it’s really off to the races. You know, it’s like manhood. So I have three more years to really hone my skills so that when I become a man in this industry, it will speak for me.

Who are some people in the industry who you look to for inspiration?

Definitely Denzel Washington. He is my focus, my joy, my desire to work with. Also, I like John Travolta. You also have people like Sam Jackson who I learn from and when I say learn from it means characterization. Anyone who has seen my films, like really seen all of my films, know that I play a plethora of characters like Jim Brown in The Express or Raven in Tekken or Eddie McCoy in Blood Done Sign My Name. I mean so many different types of characters who are completely different.

I also look up to some of the older actors like Sidney Poitier who is amazing, and Harry Belafonte who said not only be a great actor but be a great man. You know, get involved with philanthropy work and give back to your community. These people are wonderful souls to me who I look up to, who I’m inspired by and who I aspire to be like.

In addition to acting, you also had a career in choreography and dancing. Was it difficult to make that career switch?

Not at all. Clearly, I have been very successful in it. I worked with all of the artists that I wanted to work with–Michael Jackson, Prince, Spice Girls, Vanessa Williams. And then you know with pop culture I did Britney Spears, ‘N Sync, Jennifer Lopez, and Christina Aguilera. So I really sought after something and allowed myself to be inundated with the desire and I’m doing the same thing with acting now.

What advice do you have for any up and coming actors who want to get into the industry?

Henson’s latest film directed by Troy Byer, I Really Hate My Ex, is available on DVD.

‘We Will Never Forget You’ : One year Since Nigerian Schoolgirls Abducted