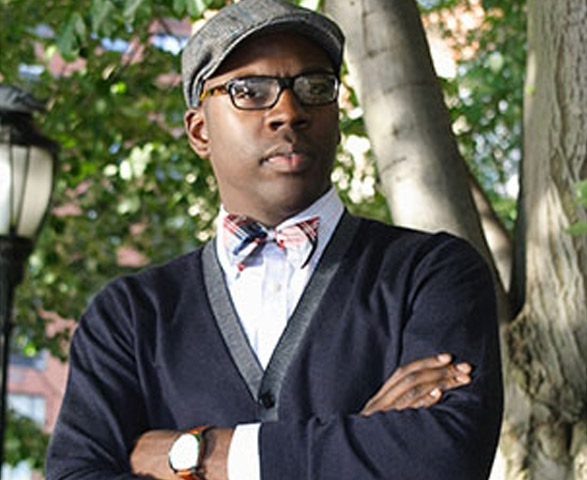 CyberSynchs CEO and founder Amos Winbush III is a reluctant “television starâ€ who did a lot of due diligence before deciding to be a part of the new season of ABC’s Secret Millionaire. The show asks successful millionaires to spend a week in the country’s poorest areas and then rewards several overlooked community heroes with a large sum of their own money.

Although he fit the profile as one of the country’s youngest and most successful self-made millionaires, he admits, “…it wasn’t something I wanted to do initially.â€ Â Fortunately, his passion to inspire young people with his tale of success in technology prevailed.

“I’m driven by responsibility and my passions are for family, literacy, and increasing access to science, technology, engineering and math (STEM) for everyone, but specifically for African Americans. Â So my involvement had to let me remain true to those values,â€ says Winbush, who won the 2010 Black Enterprise Innovator of the Year Award.

The head of CyberSynchs spoke with BlackEnterprise.com about his prime-time debut, giving up his beloved tech gadgets and his advice for the next generation of tech leaders. Catch Winbush on the season premiere of Secret Millionaire this fall on ABC.

BlackEnterprise.com: What motivated you to participate in Secret Millionaire?

Winbush: Secret Millionaire actually sought me out. Â I was skeptical at first, but they spent two and half months with me working to find the perfect fit. Â I’m driven by responsibility and my passions are for family, literacy, and increasing access to science, technology, engineering and math (STEM) for everyone, but specifically for African Americans. Â So my involvement had to let me remain true to those values.

Did you have any idea where the show would be sending you?

I didn’t receive any details on where I would be going. Â I was told to pack for climates as diverse as the tropics or the Artic and I remained in the dark until they handed me a plane ticket to New Orleans.

You had to relinquish all of your technology during your time on the show.Â  As a tech guy, how hard was that for you?

I wasn’t allowed any form of communication other than an AM/FM radio, and it was disconcerting. Â I couldn’t talk with my wife or my employees.

How did you feel about your experience on the show?

It was a totally liberating experience. For eight days, I lived an alternate identity as a struggling musician moving back to New Orleans. Â It was the most frightening thing I’ve ever done, and not for the reasons you might thing. Â I’d never spent much time in self-reflection and the show gave me a lot of time to think. The experience wasn’t just a show, but life changing and during those eight days I cried like a baby from pent-up emotions. It was very cathartic.